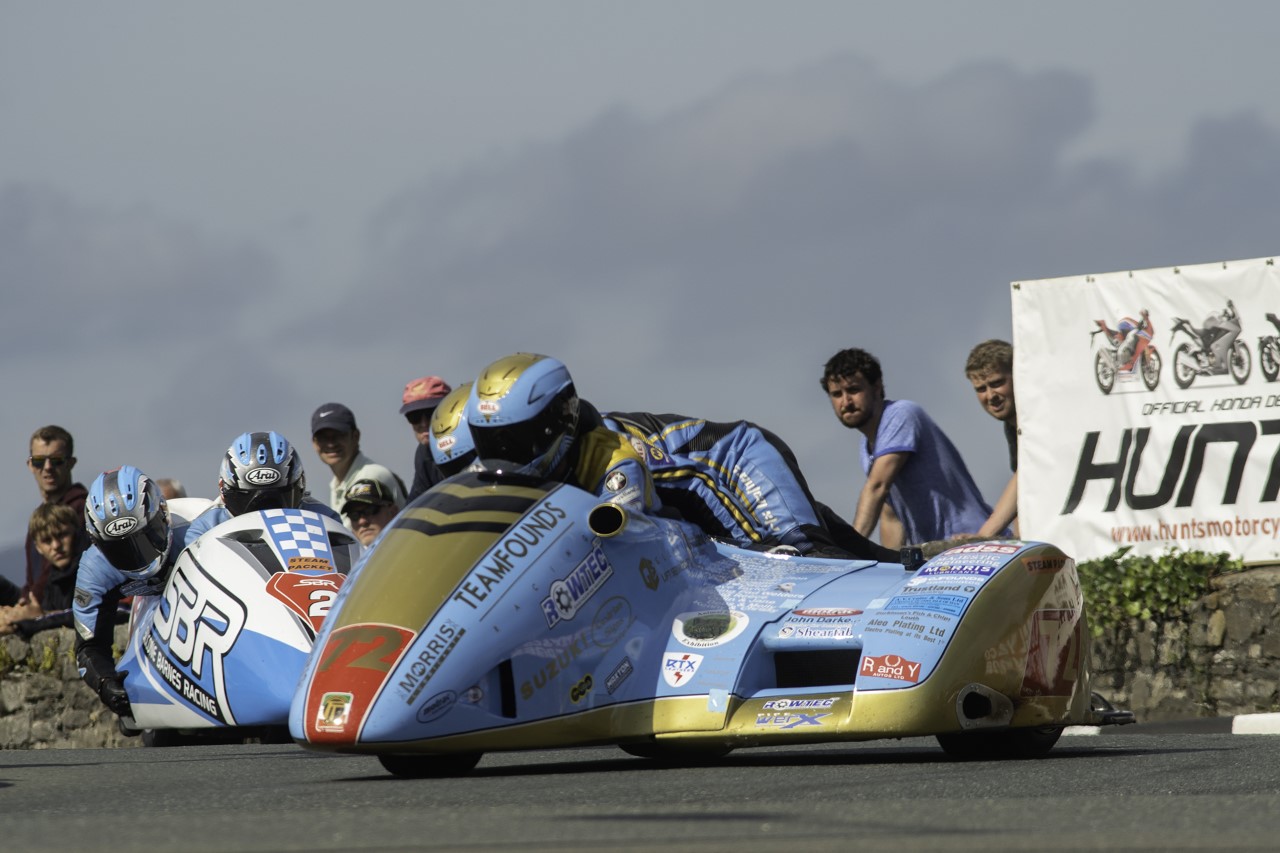 Like various driver/passenger partnerships featured this week, Founds/Walmsley have quickly developed into a formidable, ultra competitive pairing capable of more than mixing it with established three wheeling roads legends.

When looking back on the 2019 season, you can’t but not focus upon their exploits at the Southern 100.

Third within the Ace Hire Sidecar race, the showpiece Championship race would see them claim an incredible victory after holding off the tenacious challenge of Silicone Barnes Racing’s John Holden/Lee Cain. 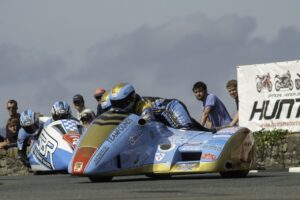 Emerging victorious by just 0.13 of a second, you could tell how much feature race honours meant to the highly respected Rowtec Engineering/Morris Lubricants supported duo.

Prior to their momentous moments on the ever popular Billown course, TT 2019 saw them double their TT rostrum finishes tally and illustrate in full why they are truly ‘World Class’ Mountain Course exponents.

Despite gaining limited track time during the inclement weather impacted practice week, they still went into race week amongst the favourites for podium placings.

The second three wheeling encounter of TT 2019, carrying a reduced distance of just two laps, would prove more than a touch productive as Founds/Walmsley placed a superb third, along the way lapping in excess of the 116 mph lap mark.

Another rapidly improving next generation driver/passenger partnership, there no question amongst those capable of joining in the next decade, the coveted Sidecar TT winners circle.