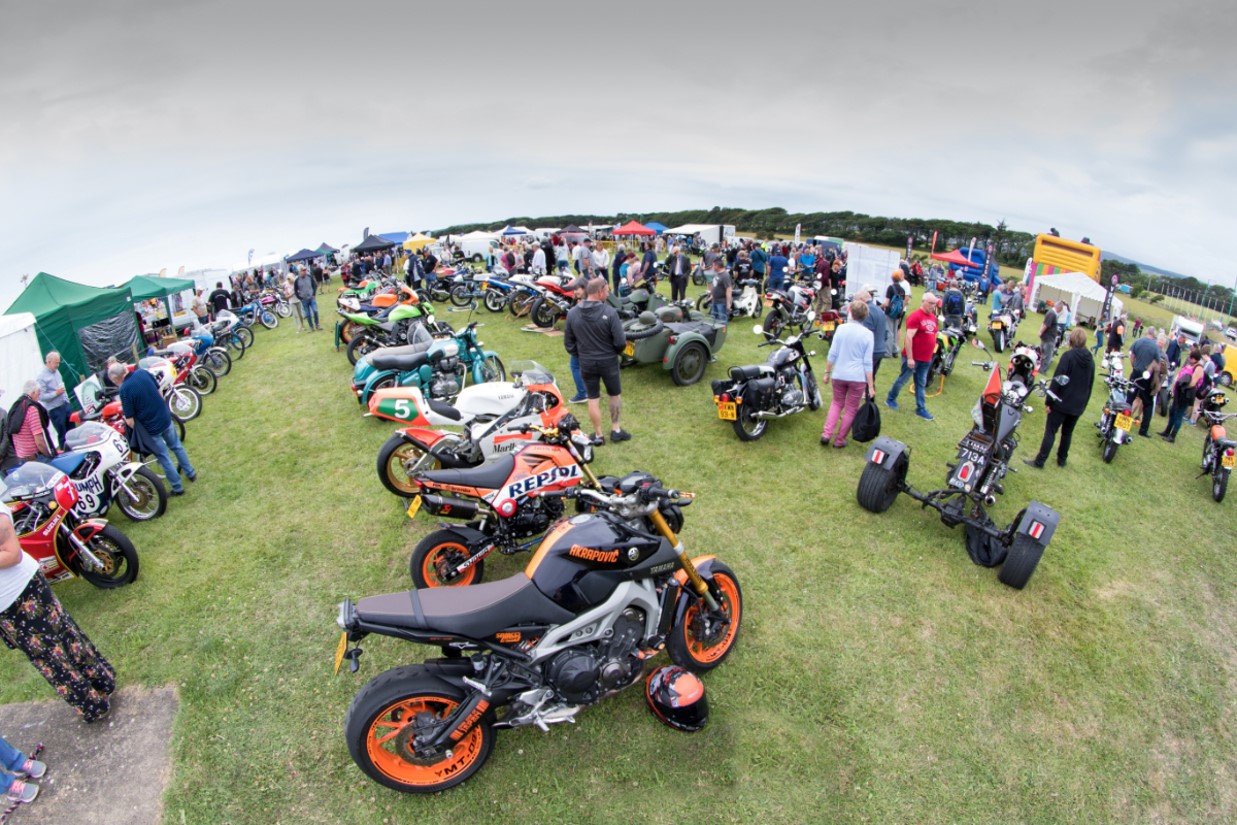 There was a top quality, feel good atmosphere at the inaugural Southern 100 Motorcycle Show, which celebrated the rich pure road racing heritage of the Isle of Man.

Highlights for the 4,000 plus fans attending on Saturday included been able to visit over 60 different stands which included set up’s from the Manx Grand Prix Supporters Club, the 3 Wheeling Media Group, the Peoples Bike Team and reigning TT Privateers Champions PreZ Racing.

Entertainment keeping those in attendance royally entertained included the ever popular Purple Helmets plus live music a plenty in the evening.

“What a fantastic day out the Motorcycle Show proved to be, enhanced by the evening entertainment kindly provided by Licensees Tom & Marcus.

None of the show would have been possible without the support and contributions provided by our sponsors, exhibitors, stall holders, Manx Radio, the Vintage MCC (IOM), The Classic Car Club, the Station Garage International Junior Trial Team and the World-Famous Purple Helmets Display Team.

The volunteer Southern 100 Marshals, some from across, other helpers, our catering ladies, the Committee and Dale Fordham who first hinted at the idea and very much helped bring it to the successful event it was, all made it possible, and I thank them most sincerely and look forward to seeing them again in 2022 when we will be racing once again on the Billown Course.”