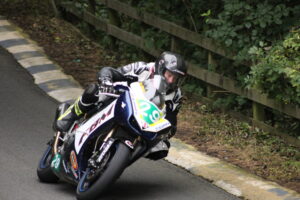 Alongside this result Tom recorded another top three finish this time in the second super twin race, Tom made his Oliver’s Mount at the spring cup back in 2013 and will be aiming to continue his rising progress at the mount at this years Ian Watson spring cup road races.