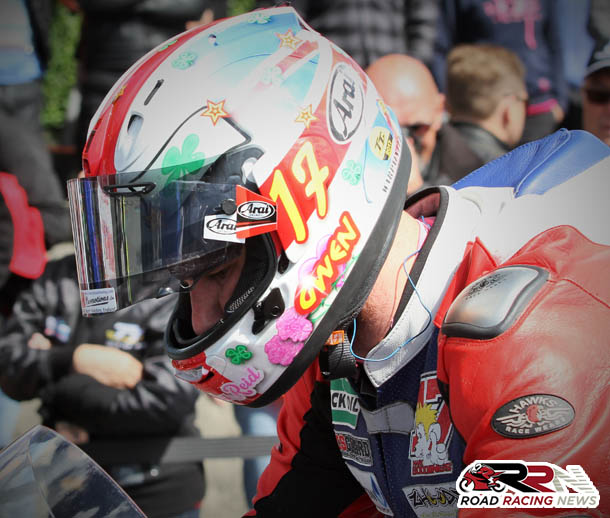 Mark’s informative answers to the roads themed questions, are as follows:

“Has to be Oliver’s Mount it’s a very special place for me.”

“Favourite bike is a tough one, I’ve always been a Kawasaki man but for me I’d love a go on a propper rotary Norton.” 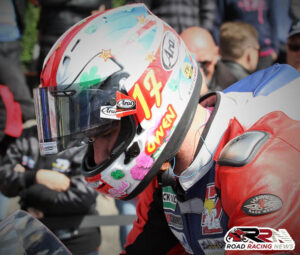 “Best part of competing on the roads it’s got to be the speed, everyone loves going fast but going fast in a straight line is different to going fast round corners.”

“The Ulster Grand Prix for me is probably the best international meeting, it’s very fast but the corners are fast 4th, 5th gear balls out corners witch is what I love about road racing.”

“Most respected rider for me has to be James Cowton. I’m really good friends with James and we have gone through a lot of racing together from the club meetings to road racing battles, and I no if I needed anything James would be there to help and same for him vise versa.

For us to start in the same club and for what he has achieved on the roads and riding for a high profile team like McAdoo is just great for just a normal lad.”

“I’d say lapping at the Ulster Grand Prix, at 128.5 mph lap is up there with the best of what I have achieved.”

“I’d love to see more road races appear in England, just like there are in Ireland.”

“Road race hero, I have respect for every road racer but as for my hero, it has to be David Jefferies.”

“Superbike for me, I like to be chucked and bucked and feel the power under me.”

“Most definitely fastest lap, when you set pole that’s you putting a target on your back, everybody wants to beat the guy on pole and everyone watches the pole man leave the line so if you make a mistake everyone will see.”