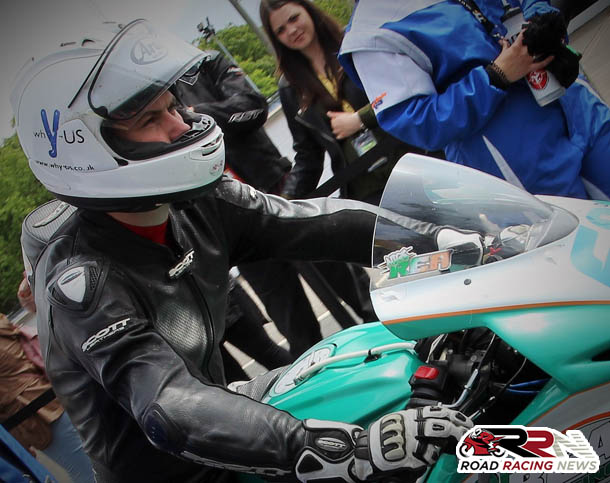 Winner of the Newcomers C Manx Grand Prix of 2013, Clitheroe’s Ben Rea is the next rider to take part in Road Racing News, ten questions challenge.

“I really enjoy the Billown course after doing the Post TT a couple of times, especially the back section with bow fast and committed it is!

Looking forwards to getting back around there for the Pre TT aboard the Primus Racing ZXR 750R.”

“Has to be the little TZ250 (Yamaha). Once you get used to the 2 stroke riding it is a dream to ride, especially around the TT course.”

“Friendly paddocks, the buzz, the fans appreciate every rider from the front to the rear. Great in Ireland when you see every rider getting programmes waved at!” 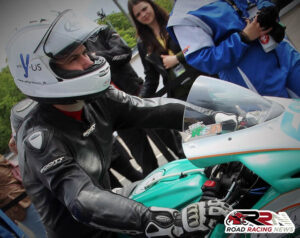 “Has to be the TT followed very closely by the Ulster. The North West 200 was ok, once I got used to the speed it was a little boring compared to the other two, though I would like to go back after my newcomers year ended with bike issues so didn’t get to race at all, just to tick the box.”

“I have had great battles with a number of riders over the past few years, one that sticks out is Cookstown 2015 with Gartland (Paul).

Race got red flagged after Andy Farrell crashed in front of us, we all nearly ended up in the hedges! The restart was great chasing Paul down, but he made himself massive into the final corner, elbows and knees right out!”

“Have a few good moments, winning the Manx GP Newcomers c race is at the top, then moving up to the TT in 2015 was a great feeling.”

“In our local town, Clitheroe, near Edisford bridge. There is a few miles triangle, national road race mileage kind of thing, great road. There is a campsite that would be a great paddock, and a pub!”

“Don’t really have any hero’s as such, I do admire what the best road racers can do though, but they are doing the same as what us slower guys do!

Two riders I would have loved to sit in the hedge and watched are Hislop and Finnegan!”

“Both are great to ride for different reasons. One a 1000cc if set up properly they are great fun, and makes the Supersport bike feel much easier as well!”

“Fastest lap, doesn’t matter what happens in qualifying/practice. It’s the race that counts!”