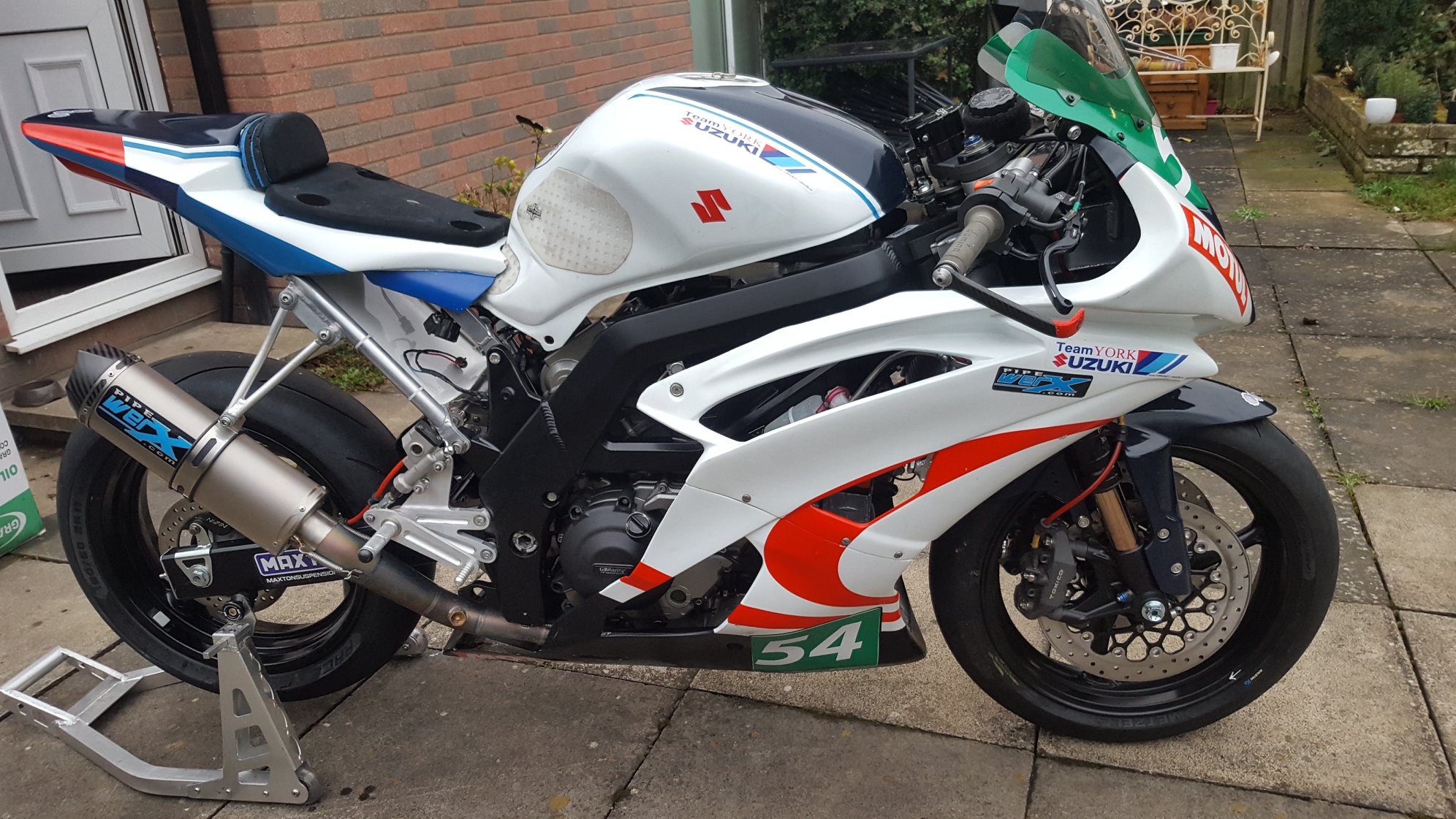 Established as one of the leading Classic TT teams, Team York Suzuki are set to bolster their Mountain Course challenge this August, having recently unveiled a Suzuki Super Twins project, for this years Lightweight Manx GP races.

The outfit’s ex Colin Stephenson SV650RR Suzuki, will be piloted by Mountain Course stalwart, and all round popular figure in roads paddocks, Rodger Wibberley.

Speaking via Facebook about his new Twins challenge, Huddersfield based Wibberley, who first tackled the fabled Mountain Course in 2002, stated:

“I’d like to thank Team York Suzuki for this opportunity, I am really looking forward to getting back on a Super Twin a fast one at that, guess the diet had better start now.” 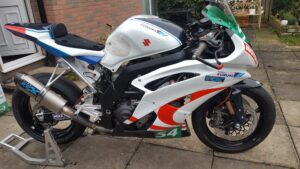 “It’s great to have Roger back on board. He rode the XR69 Suzuki for us a couple of years ago, showing great promise, Roger is totally committed both on and off the track, being the riders rep at Oliver’s Mount and the Manx Grand Prix, he’s always been well liked and respected.”

Alongside their Manx GP challenge, Team York Suzuki’s SV650RR steed, is also set to grace events at Oliver’s Mount and the Southern 100, with the machine at Scarborough and Billown, set to be jockeyed by the versatile Peter Boast.