This years Tandragee 100 has an exciting line up which features Ryan Farquhar and Keith Amor back in action at the highly regarded road race circuit. Ryan and Keith had great battles between them in 2009 during the superbike races and for this year both will be in competition again in supersport and super twin races. 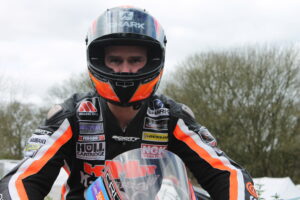 Ryan is also competing in the 450, classic, superbike and grand final races. Keith is competing for Ryan’s KMR Kawasaki team in the super twin race plus is competing on Site Sealants B&W racing CBR 600 Honda in what is set to be an ultra competitive supersport race. 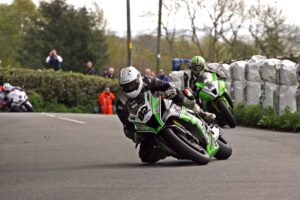 Derek Sheils had a fine start to the season at Cookstown 100 achieving two wins and 3rd and 4th place finishes. Derek competing on the CD racing ZX10 Kawasaki superbike will start as one of the favourites for victory in the superbike and grand final races, plus expect the reigning Irish road race superbike champion to be right in the mix competing on the ultra fast CD racing R6 Yamaha.

Arguably the most consistent rider at the Cookstown 100 was Derek Mcgee and the rising road racing star is set to be in contention for race victories at Tandragee 100 in the superbike, supersport and grand final races. Jamie Hamilton had a successful first road racing outing on the Wilson Craig racing Honda’s at Cookstown 100 and the hammer as he is known will be looking for more good results at Tandragee.

Jamie is also competing in the super twin race on VRS racing ER6 Kawasaki which he had his race outing on Saturday recording third place finish in Cookstown 100 super twin A race. Shaun Anderson was one of the stars at Tandragee 100 last year and the rider who has lapped at the Isle of Man TT at over 125 mph is greatly looking forward to competing on the CN Management backed GSX-R 1000 Suzuki and Doons stores backed GSX-R 600 Suzuki.

Michael “Micko” Sweeney was victorious in 250 race at Cookstown 100 on Saturday on the Cookstown/Burrows Engineering RS250 Honda and will be looking for another win in the popular class of racing this weekend at Tandragee 100. Michael will also be a factor though in superbike, supersport and grand final races competing on Martin Jones racing R6 Yamaha and ZX10 Kawasaki.

Michael Pearson was third place finisher in grand final race at Tandragee 100 in 2013 and the 2009 cock of the north road races winner at Oliver’s Mount is confident of good results this years at Tandragee competing for NEI (Northern Escalator Installations) motorsport on ZX10 Kawasaki superbike and ZX6 Kawasaki for the supersport race. 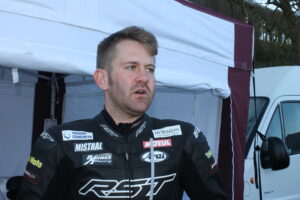 Jamie Coward had a winning start to his 2014 road racing season at Ian Watson spring cup road races at Oliver’s Mount, Jamie is all set for the superbike and grand final races competing on Horizon Distribution CBR 1000 Honda Fireblade and Barnes racing R6 Yamaha for what is set to be a thrilling supersport race at Tandragee 100.

Davy Morgan loves racing at Tandragee 100 and is greatly looking forward to competing in superbike, supersport A, super twin and grand final races on a variety of different machinery. Seamus Elliott has impressed so far this season at Ian Watson spring cup road races and Cookstown 100. The D&G Wray racing rider was in the mix at Cookstown on Saturday during the supersport A race and could produce a surprise or two not only in supersport race but also in superbike and grand final races when competing on a superstock ZX10 Kawasaki. 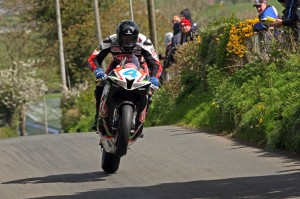 Leading newcomer at this years Tandragee 100 is set to be Dan Kneen. Dan produced arguably the performance of this years road racing season so far with victory in grand final at Cookstown 100. Cookstown/Burrows Engineering rider Dan despite being a newcomer to Tandragee could well be up near the front during the races when competing on the teams GSX-R 1000 Suzuki superbike, CBR 600 Honda and ER6 Kawasaki.

Alan Bonner, Sam Wilson and James Kelly are three riders who could be surprise packages at this years Tandragee 100. Wayne Kirwan won the supersport race at Tandragee 100 last year and the Crossan motorcycles rider will be determined to be near the front again in what is set to be a fantastic race.