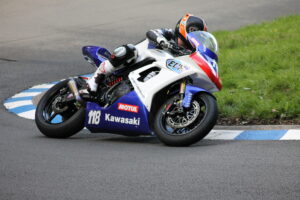 The future is bright for Lee who has had a wonderful season of road racing which has included winning this years privateers championship at the Isle of Man TT, a podium finish in the second supersport race at the North West 200 and achieving a 4th place finish in the second superbike race at the Ulster Grand prix. East coast racing have a fantastic record at the international road races, the team have won at the Isle of Man TT, Ulster Grand prix and have achieved podium finishes at the North west 200 and Scarborough gold cup, next year the team and Lee Johnston have every chance of achieving more superb results.