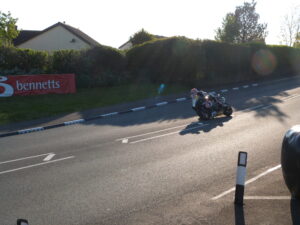 Stephen Thompson has joined the Formwise Suzuki team for this years road racing season. Stephen is competing for the team on a GSX-R 600 Suzuki in the supersport races at Isle of Man TT, North West 200 and Ulster Grand Prix. At TT 2013 Stephen achieved a personal best 15th place finish in the senior TT race when competing for Cookstown/Burrows engineering on a GSX-R 1000 Suzuki superbike.

Formwise Suzuki at TT 2014 are also backed by the peoples bike team who have backed Stephen Thompson at TT 2010 and TT 2013. Its positive news for the supersport races at the international road races this season that another top team and top rider is competing in the ultra competitive class in 2014.