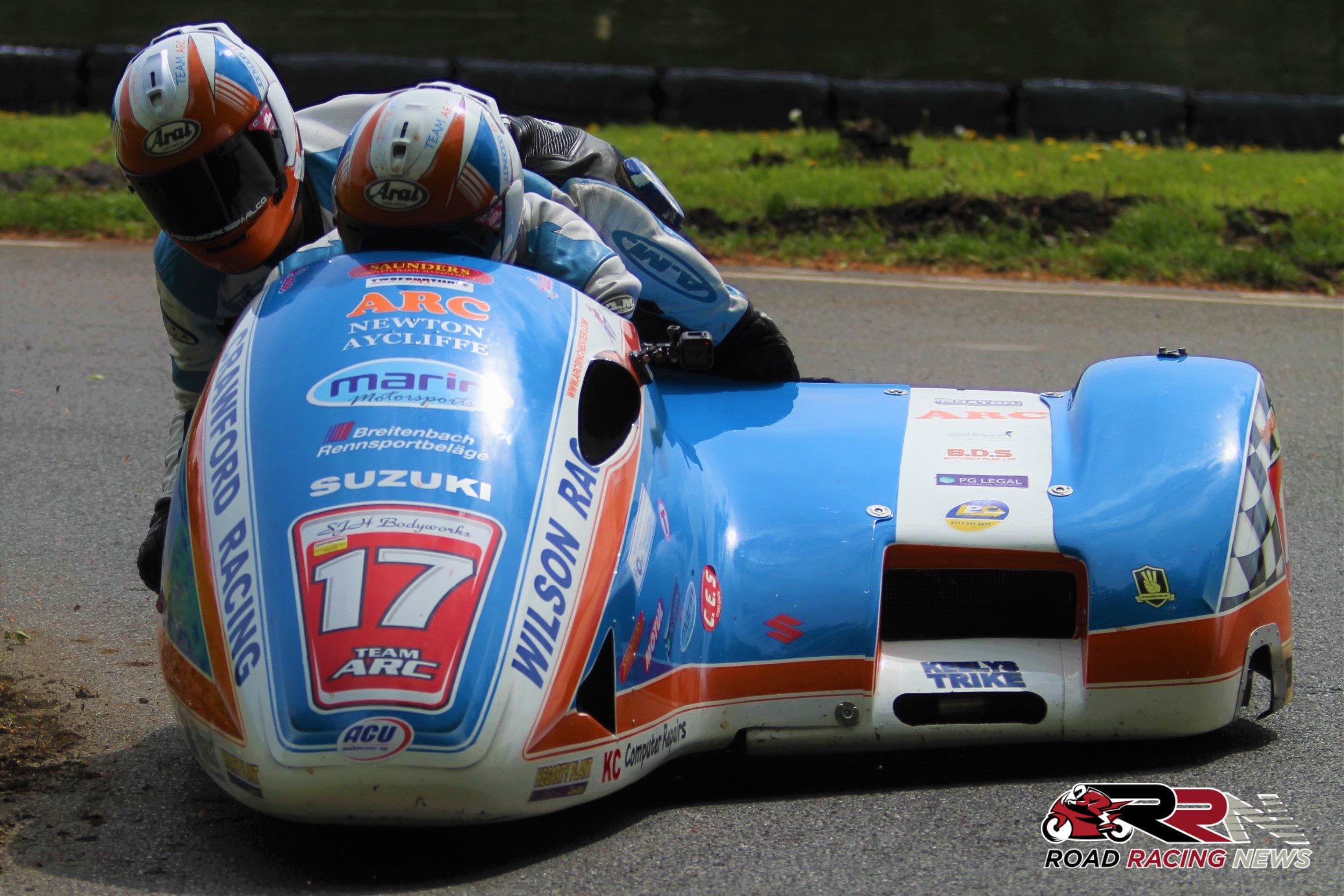 Today’s opening three wheeling race stint would see Crawford/Hardie take the spoils by 16 seconds plus over the Ramsden’s Steve & Matty.

Before maintaining their unbeaten start to the 2021 season, the Suzuki powered pair achieved the honour of being now one of just two driver/passenger partnerships alongside Nick Crowe/Mark Cox to lap at Scarborough, under the 1 minute 54 seconds barrier.

Final Sidecars race of the meeting saw Crawford/Hardie produce another top draw, faultless all round display, enjoying a 7 second advantage over the aforementioned Ramsden’s.

Results in full from today’s Sidecar races, reads as follows: