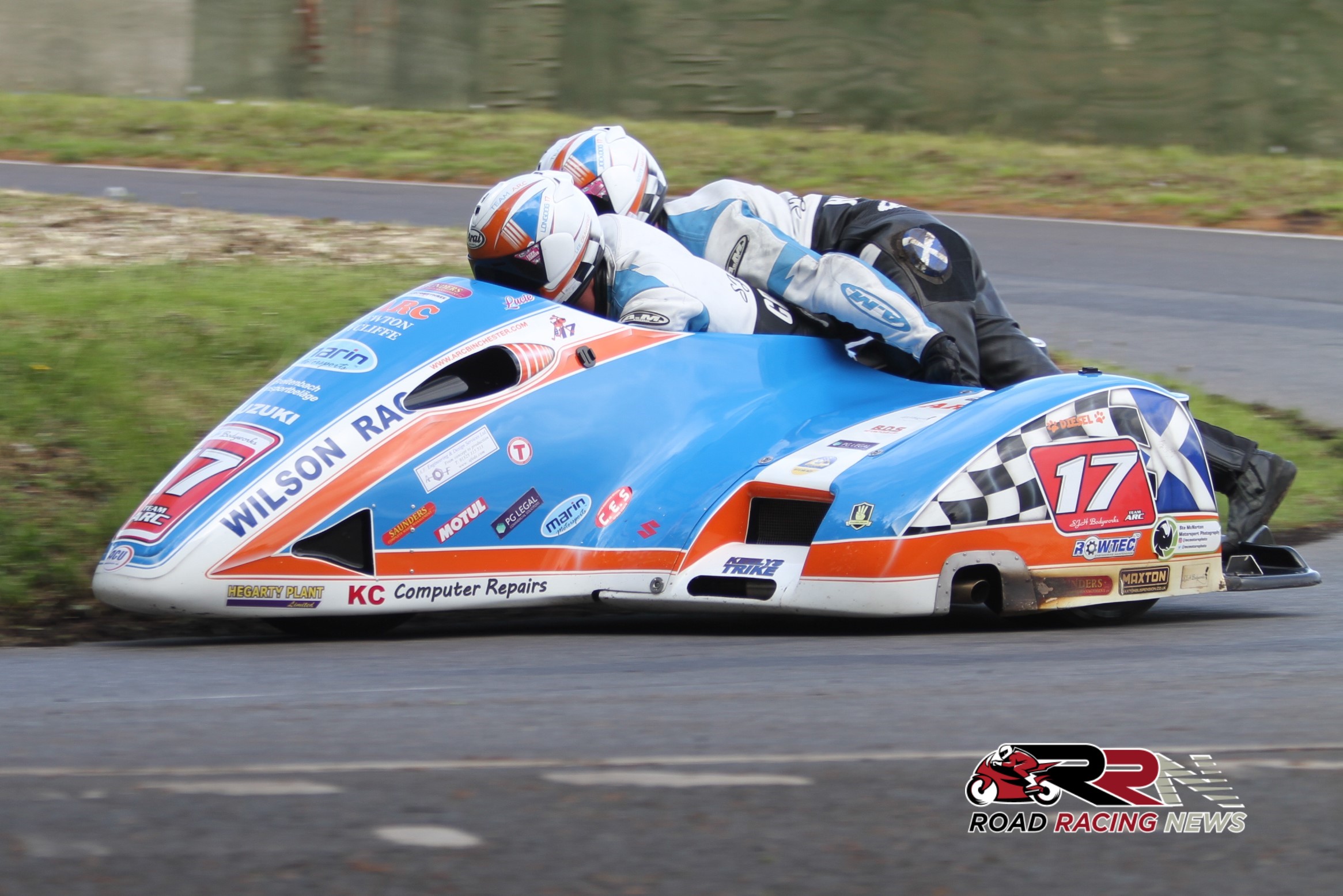 Lee Crawford/Scott Hardie underlined their status as firm favourites for three wheeling success at the Oliver’s Mount Spring Cup, via a storming display within the opening six lap Sidecar race.

Never headed over the six lap encounter, Team A.R.C’s Crawford/Hardie who’s respective Scarborough wins totals now stand at 14 and 10, looked in a class of their own as they sealed race victory by the impressive margin of 26.660 seconds.