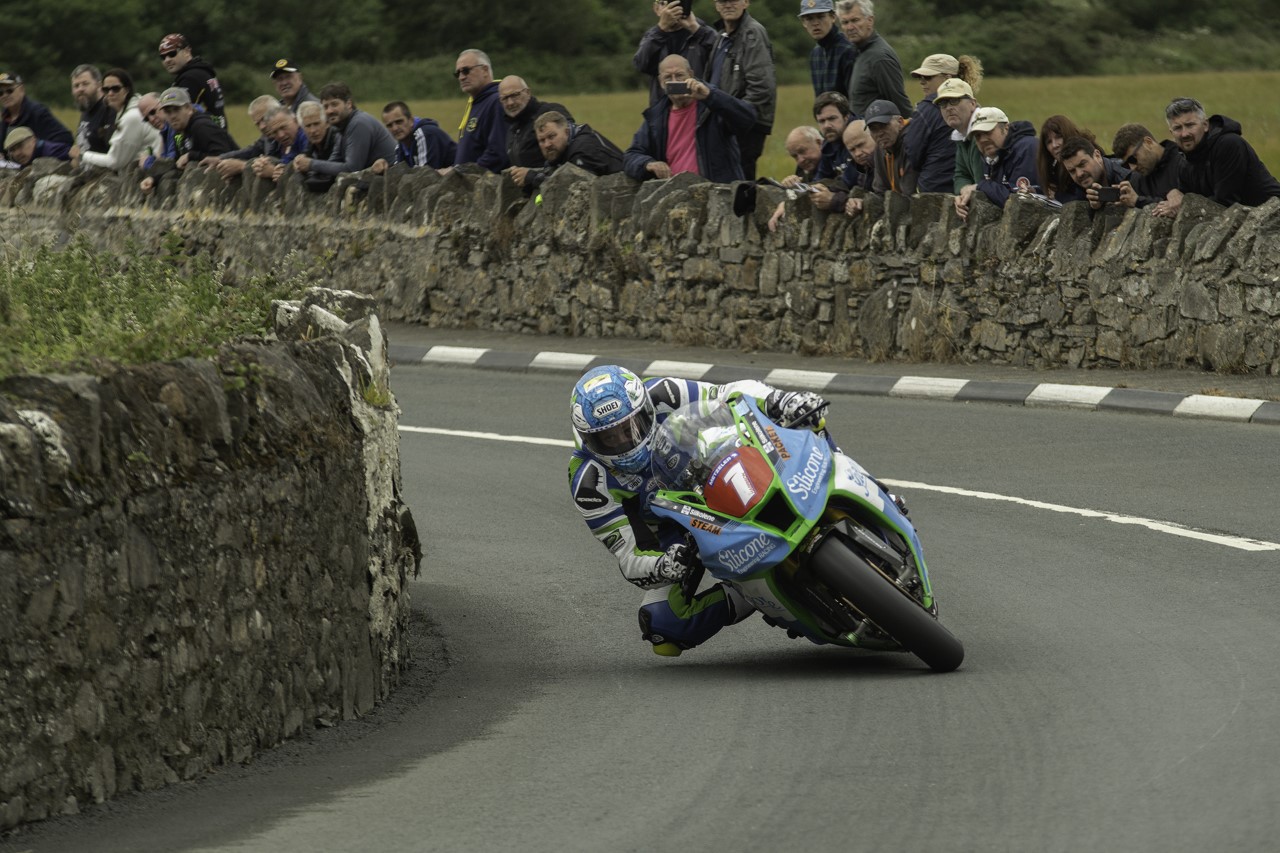 Surging further clear, Harrison further cemented his grip on the race on lap two, upping his lead to 5.31 seconds over Hodson, with popular local racer Kneen maintaining third, but was now only 0.060 of a second behind former Twins Manx GP winner Hodson.

Harrison’s lead extended to in excess of 10 seconds on lap three, with his race lead standing officially at 10.443 seconds clear of newly second placed Ryan Kneen. 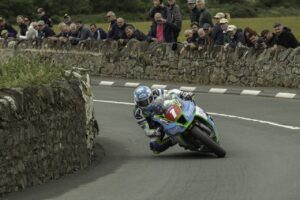 Harrison’s prodigious race stint continued to get more and more productive on lap four, taking the race lead to a now quite incredible 13.7 seconds.

As race commentator Tim Glover stated, no one else in sight, as Dean Harrison powered through the start finish line at the completion of lap five.

Harrison’s race lead went up to 15.46 seconds, yes you read that right, a plus 15 second advantage over the evenly matched chasing pack led by Charmer Builders supported Kneen.

17.35 seconds clear, there was no stopping Silicone Engineering Racing’s Harrison on lap six, as he continued his faultless all round performance.

The battle for second between Kneen, Hodson and West was closing up, with just over 0.8 of a second covering the respective second, third, fourth placed competitors.

There was no change within the top five on lap seven, as Harrison continued his relentless charge to a third Southern 100 Solo Championship crown.

The story of lap eight, was pretty much the same as lap seven, with Harrison’s race lead maintaining over the 18 second mark.

Kneen was keeping his cool in the battle for second, as Hodson, West, Coward remained respectively third, fourth and fifth.

Backing off his pace, but only marginally, Dean Harrison did everything he had to do to wrap up the Southern 100 Solo Championship title for 2019.