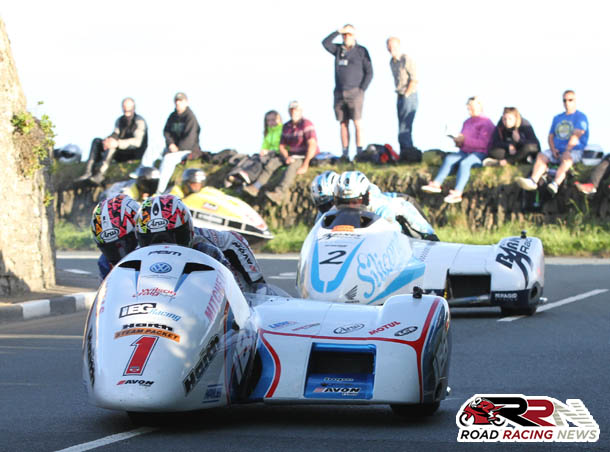 The anticipated duel for Super Twins honours between Ivan Lintin and James Cowton, did not disappoint, with a thrilling race long battle between the Dafabet Devitt Racing/McAdoo Racing riders.

Twice Lightweight TT winner Lintin beginning to feel at one with his new Z650 Kawasaki, secured the race win, but by only 0.334 over former Duke Road Race Rankings champion Cowton, who on the sixth and final lap, set a new 650 lap record of 2 minutes 26.107 seconds. 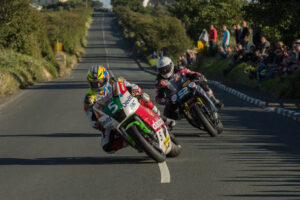 Gaining race lead at Cross Four Ways on the opening lap, Dean Harrison from here kept his cool at the front, to go onto seal an 11th Southern 100 victory. 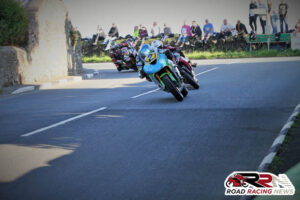 Setting a new lap record of 2 minutes 18.109 seconds, the Silicone Engineering Racing racer, emerged victorious by just 0.772 over James Cowton, with Michael Dunlop third, only a further 0.145 behind. 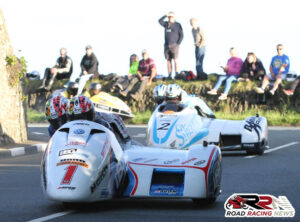 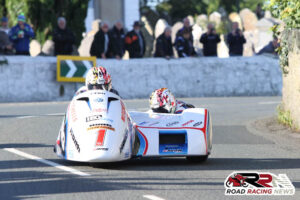 The Klaus Klaffenbock backed duo, had set a new lap record of 2 minutes 31.860, when embroiled in a top class battle with the Birchall’s.