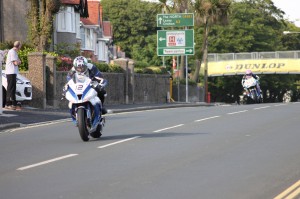 Michael recorded lap speed of 109.582 on BMW Hawk racing superbike which has taken him in 2014 to superbike and senior TT successes.