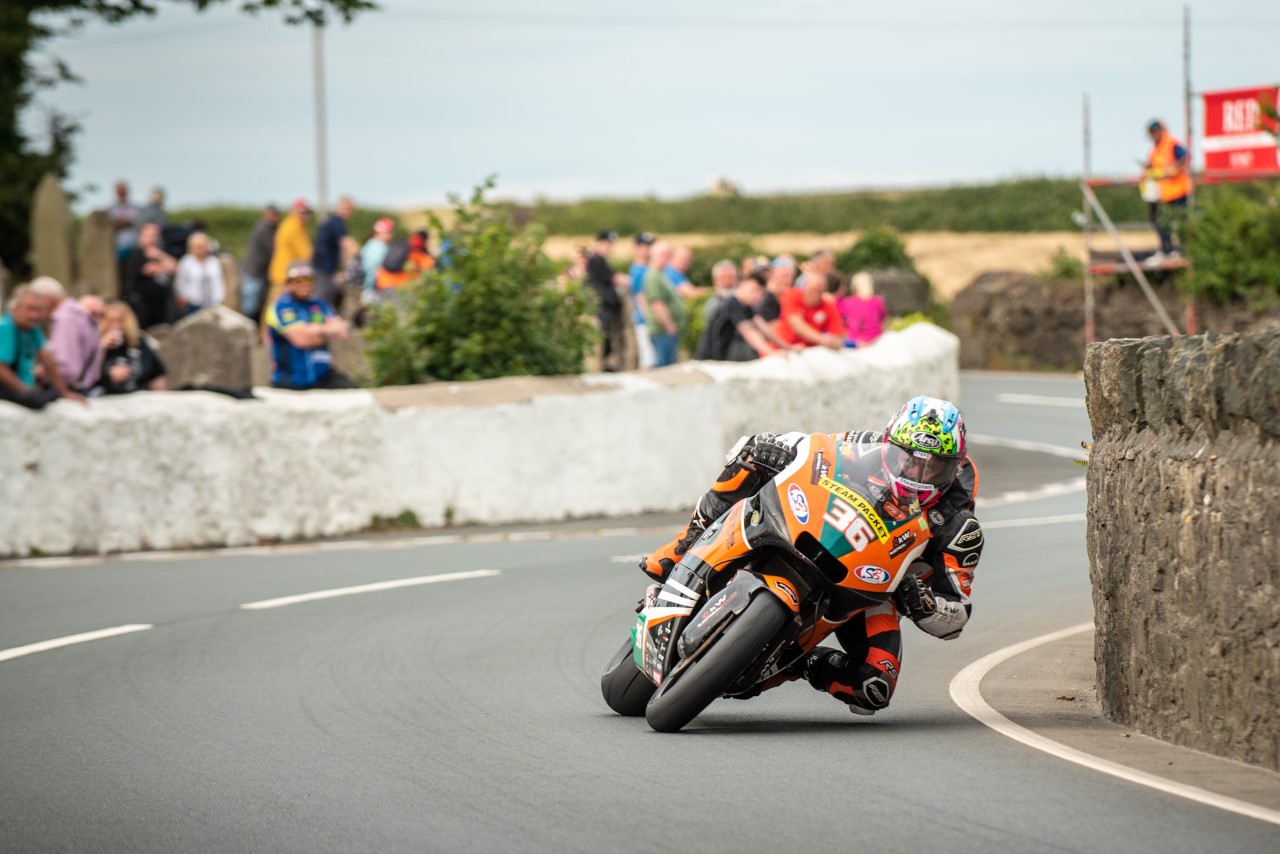 Edging lap on lap close to the existing Super Twins lap record held by the much-missed James Cowton, he finally during late session stages bested it, via a lap time of 2 minutes 26.071 seconds, equating speed wise to 104.744 mph.

Living up to expectations, the race for provisional Supersport pole position, excited, thrilled those in attendance at the ‘Friendly Races’.

Fourth fastest Milenco by Padgetts Davey Todd (107.834) wasn’t far off the pace either.

Just a shade under two seconds down on Harrison’s turn of speed was prior Superbike qualifying session winner Michael Dunlop (112.152).

Picking up from where they left off in 2019, current Southern 100 Sidecar Champions Pete Founds/Jevan Walmsley impressively emerged rapidest driver/passenger combination.

Third fastest, only 0.005 back on Reeves/Rousseau were seven plate holders, the talented Crowe brothers Ryan & Callum.