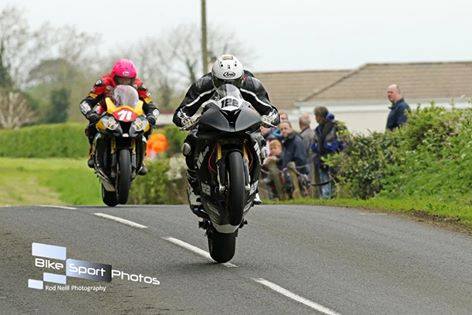 Alan Bonner made a solid start to his 2017 roads campaign, at the Around A Pound Tandragee 100, as he kick stated a new chapter in his pure road racing career, with Noel Williamson Racing.

Showing good pace in qualifying, he went onto finish a very creditable fifth in the Open race, having produced an accomplished display on his jet black S1000RR BMW mount. 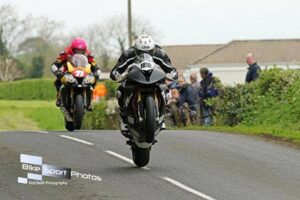 Next up was the Supersport race, which saw Alan who had qualified solidly within the top ten, pull out due to the deteriorating weather conditions.

“I felt really good on both bikes and it was a shame the weather spoilt the day, however, good progress was made and I’m looking forward to Snetterton next week.”

“I’m delighted with the way things are coming together. Alan is getting to grips with the bikes and given time, all his hard work will pay off.

Massive Thanks to my crew and especially Darren Gilpin who built a new 600 at very short notice.

Thanks to Anne Forsythe and team for a well organised event and our thoughts are with the injured riders.”