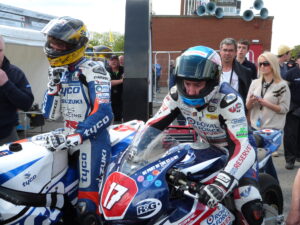 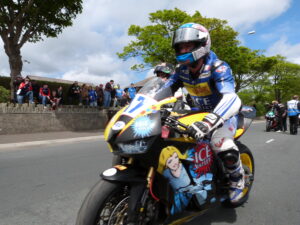 Simon Andrews has joined Penz 13.com BMW for this years road racing season. Simon is competing on a S1000 RR HP4 BMW in the superbike, superstock and senior races at the Isle of Man TT and is returning to the North West 200 and Macau Grand Prix. Simon is looking forward to competing for the team this year and goes into 2014 confident of more top results.

Penz 13.com BMW run by top five finisher at the Macau Grand Prix back in 2009, Rico Penzkofer are a top all round road race team who in recent years have being the leading BMW team at the Isle of Man TT. Having made his TT and North West 200 debuts back in 2011 Simon Andrews has since gone onto achieve 11th place finish in the senior TT in 2013, lapping at over 126 mph at the TT and  a brilliant 4th place finish during the second superbike race at the North West 200 back in 2012.

The combination of Penz 13.com BMW and Simon Andrews is all set to be a good one, Simon who has competed on BMW’s at the Isle of Man TT knows how good the BMW superbike and super stockers are, a highly talented rider expect Simon Andrews to surprise many at TT 2014.

Russ Mountford Back At North West 200