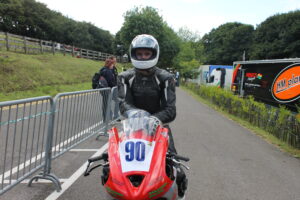 Shane Egan is looking forward to making his Manx Grand prix debut next year. Shane this year won the Irish road race senior support championship in his first full season of road racing. For next year Shane is taking in a full year of road racing which includes competing at the Cookstown 100, Skerries road races and Armoy road races.

But the main highlight for Shane next year is making his Manx Grand prix debut. Shane is planning to compete in the newcomers A,junior and senior races, Shane is competing in the newcomers A and senior races on a GSX-R 750 Suzuki backed by Askeaton paving.com, Having proved his talent this year by winning the Irish road race senior support championship Shane’s Manx Grand prix debut will be watched by many.