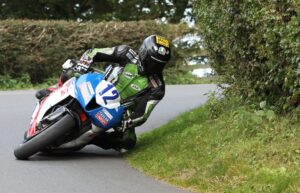 Having lead for opening six laps of the race Lee Johnston was then overtaken by the flying Ivan Lintin who produced lap time in the 1 minute 46 seconds.9 bracket as he stormed into race lead.

Scarborough Gold Cup 2014 – First Day Of Racing Round Up