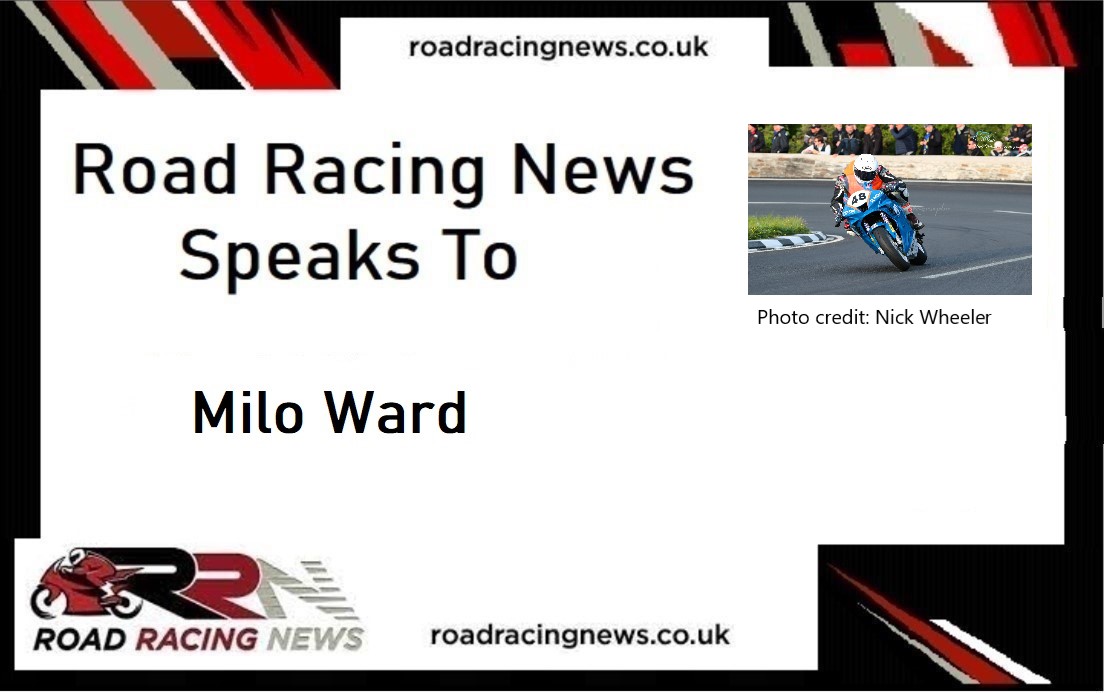 In 2022, paddocks have been lit up by the presence of the ever-enthusiastic Milo Ward.

A real roads newcomer at Cookstown, he went onto tackle the Tandragee 100 before making his TT Races debut.

Recently I caught up with the racer, who took three bronze replica finishes at TT 2022, to chat all things TT, world famous Manx roads, the high-winds during last Saturday’s Senior race.

Our uncontrived conversation, reads as follows:

First and foremost can you sum up how much you enjoyed racing around the other worldly, Mountain Course?

“I’m not sure the dictionary possesses enough words to be able to describe the Isle of Man TT circuit.

It was magical, thrilling, exhilarating, just damn unbelievable. I have never had so much fun riding a motorcycle, it’s the only place I have ever known the bike to spin and wheelie while flat out, follow that with jumps and bumps.

It’s just got everything that creates a perfect race track and I just fell in love with it.”

Which aspects of the TT surprised you?

“The bumps. I was told it was bumpy but I’ve rode motocross so I thought I’d understand it. But the bumps were something I had never come across; they were so bad.

After a couple of nights’, it became normal and fun. In the end, I loved the extra level of complexity that they added to the course. But I was always glad to get to Ramsey as I knew it was over for another lap!”

The TC Racing team have a proven track record at bringing on TT newcomers, how great was they to work with?

“The TC Racing / DP Coldplaning team and bike was incredible. The team are so welcoming and so good at what they do.

They gave me the advice that I needed and allowed me to go and do my thing on the circuit. No pressure, no expectations, just go out and enjoy riding the Isle of Man. I can’t thank them enough for the opportunity that they gave me!”

Lots of riders said the wind was an issue during the Senior race, how blustery was it?

“I have never felt wind like it. It was blowing me all over the place and really added a new element to the course.

Increased wheelies, harder to get into corners. It was different. In the end I just wanted to get 6 more laps completed and just rode to the conditions and tried to reduce the risk.

Finally, if you could describe TT 2022 in one word what would it be?