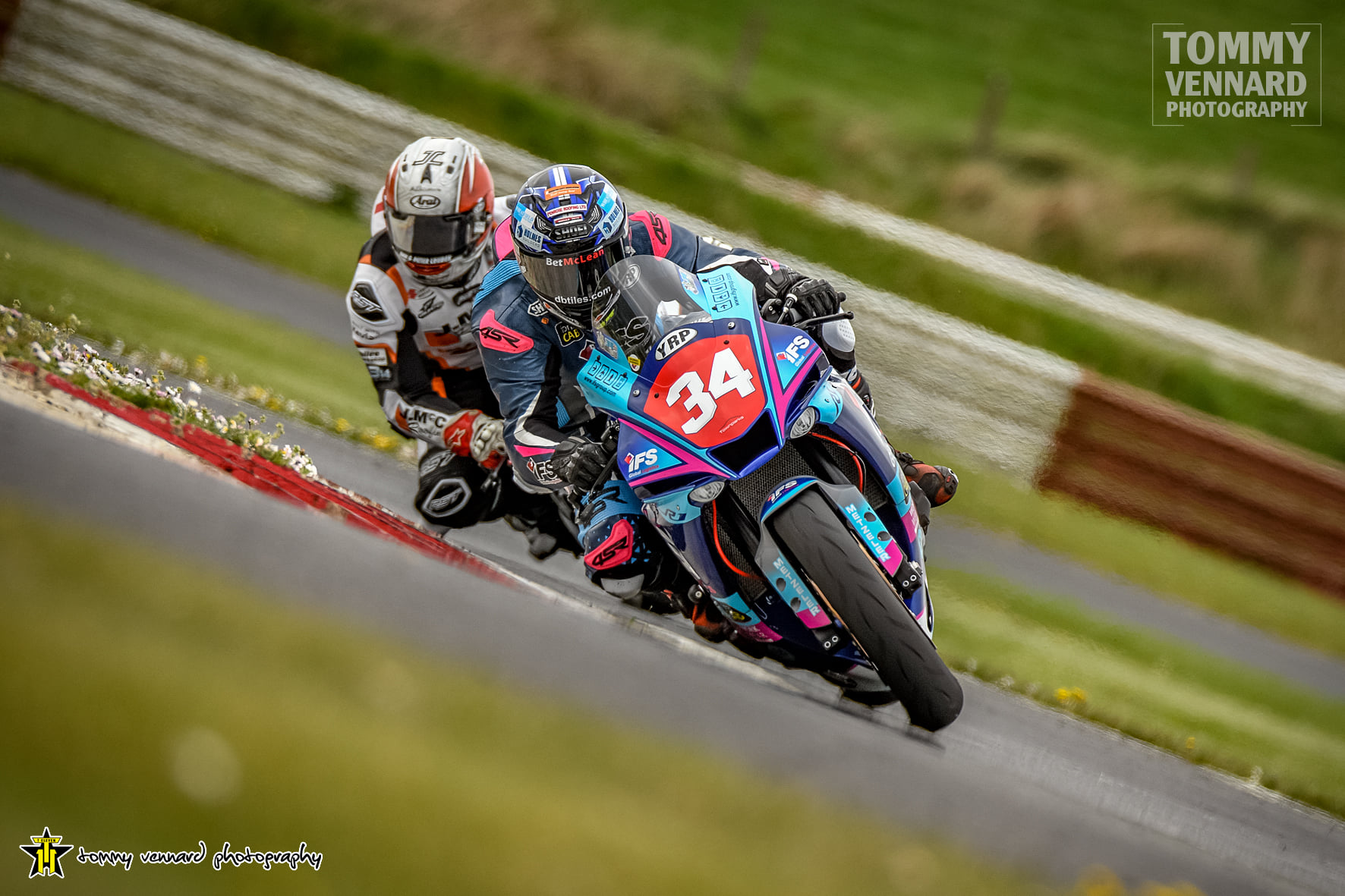 Seeley went onto rubber stamp a hat-trick of victories, with success in the final Enkalon Trophy Superbike race, finishing over six seconds clear of the chasing pack.

Originally anticipated to be piloting his own squad’s 1000 Honda mount, he turned up at Bishopscourt with YZF R6 Yamaha machinery.

Placing four places ahead of him was Wilson Craig Racing’s Joe Thompson whilst others looking in decent fettle ahead of the beckoning road race season, included: