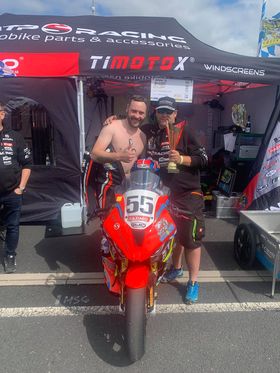 Post a top five finish in the opening Pro Superstock Cup encounter, the second stock 1000 class race stint would see MTP Racing’s Datzer battle his way to a podium finish, along the way setting the second quickest lap of the race, 1 minute 38.033 seconds.

Presently fourth in the Championship standings, Germany’s most recent TT Races exponent has already shown this year his versatility as a racer, who is equally capable of recording top level results at short circuit and closed roads events.

Datzer’s next IDM outing will be at the Nurburgring Circuit, with competition kick starting from the 17th of July.