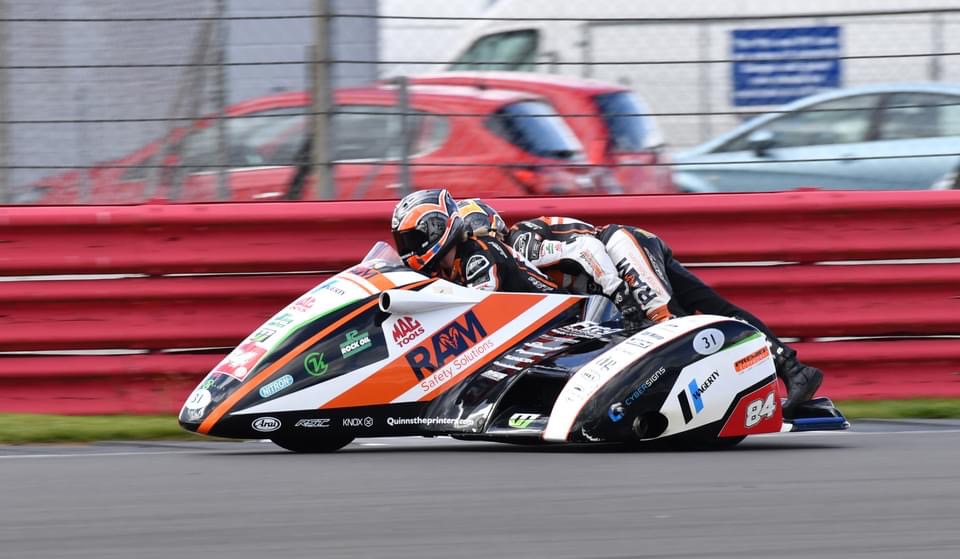 Victorious from the second F1/F2 Sidecars encounter, the 675 Triumph powered pair showed again why many predict great things in the future from them on short circuits and on the roads.

No.7 plate holders for this year’s TT Races, they went onto finish runner-up in the remaining Sidecar races whilst others stepping up their pre-TT preparations, showing accomplished early season form included:

“Last season we got plenty of races under our belts, we built a good relationship that’s now producing the results on track we need as we lead up to the TT Races.

Croft was a great benchmark to kick off the season and Silverstone was further proof that the major changes to the sidecar’s chassis and Nitron suspension were a great decision. I am loving racing my sidecar more than ever.”

“To start strongly and continue that progression throughout the weekend shows that the changes made to the outfit over the winter really suit us as a team. I am really happy and feel like we’re in a great place for the TT.

Maria’s driving was faultless all weekend and our confidence in each other has really reached another level. As a bonus, it was great to get on the Bemsee podium.”