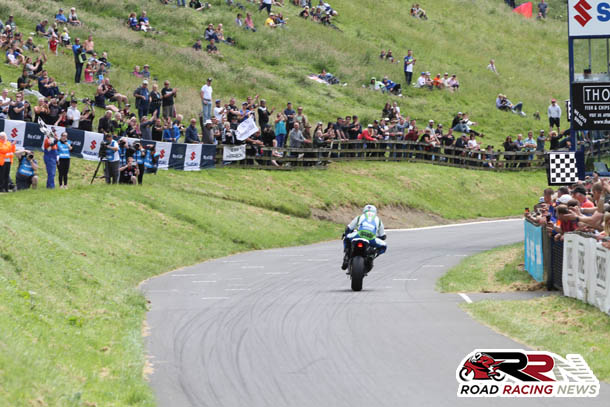 Thrilling the large crowd today at Oliver’s Mount, with a stunning new lap record of 1 minute 43.362 seconds, Dean Harrison was in quite spellbinding form, as he claimed a fifth feature Cock O’The North title, at Oliver’s Mount.

Never headed in the eight lap race, he steadily increased his lead throughout, gradually breaking the resistance of runner up Daley Mathison.

The gap between the front runners at the end of eight laps graced by glorious sunshine at Scarborough, stood at 3.206 seconds. 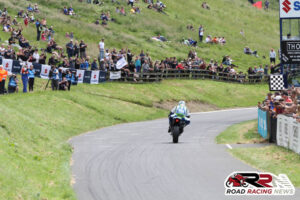 Concluding the podium finishers, was Dafabet Devitt Racing’s Ivan Lintin, who has it’s fair to say enjoyed an extremely more productive time at the mount, than compared to his two weeks at TT 2017.

Adam McLean’s star continues to rise, as he lead the 600 challenge in fourth, just in front of Radcliffe’s Racing’s Jamie Coward.

Rounding out the top ten finishers was Brian Greenfield, Darren Cooper and James Cowton, who was piloting his own teams ER6 Kawasaki, with his CBR 600 Honda steed out of action, following technical problems on Saturday.

In total 16 riders finished a race, which provided another unique moment for Oliver’s Mount.

Guy Martin’s long standing lap record from 2013, was not just beat by Dean Harrison, it was obliterated.

A lap time of under 1 minute 44 seconds, would seem inconceivable to mere mortals, from the outside looking in. 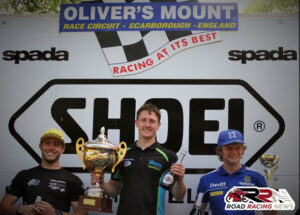 The Bradford based rider though, is a master of his craft, no where more than at Scarborough.

Now firmly established amongst the world’s best road racers, he’s without a doubt the current undisputed king of Oliver’s Mount.

It would be a brave man, to state he’s beatable, given the quite majestic form, he’s shown this afternoon.