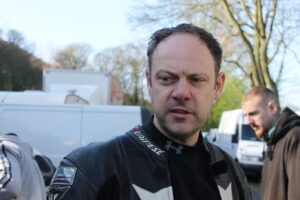 Rad Hughes begun his 2014 road racing season in style with a series of top results at Ian Watson spring cup road races. Rad competing on a ER6 Kawasaki was the leading super twin mounted rider in the superbike B race. Rad was in the lead of the race and maintained throughout good pace to record a fine 6th place finish. 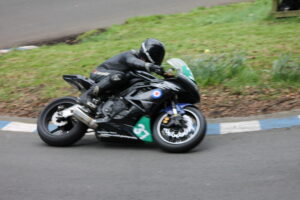 Both super twin races saw Rad acquire 9th place finishes in what where both two highly accomplished rides from a rider who is aiming to compete for the first time at the Isle of Man TT in 2015. For this year Rad is back at the Manx Grand Prix and after a top 15 finish in super twin race last year the popular road racer looks set to be in the mix for a top result in the ultra competitive races.

Tom Robinson One To Watch At This Years Manx Grand Prix