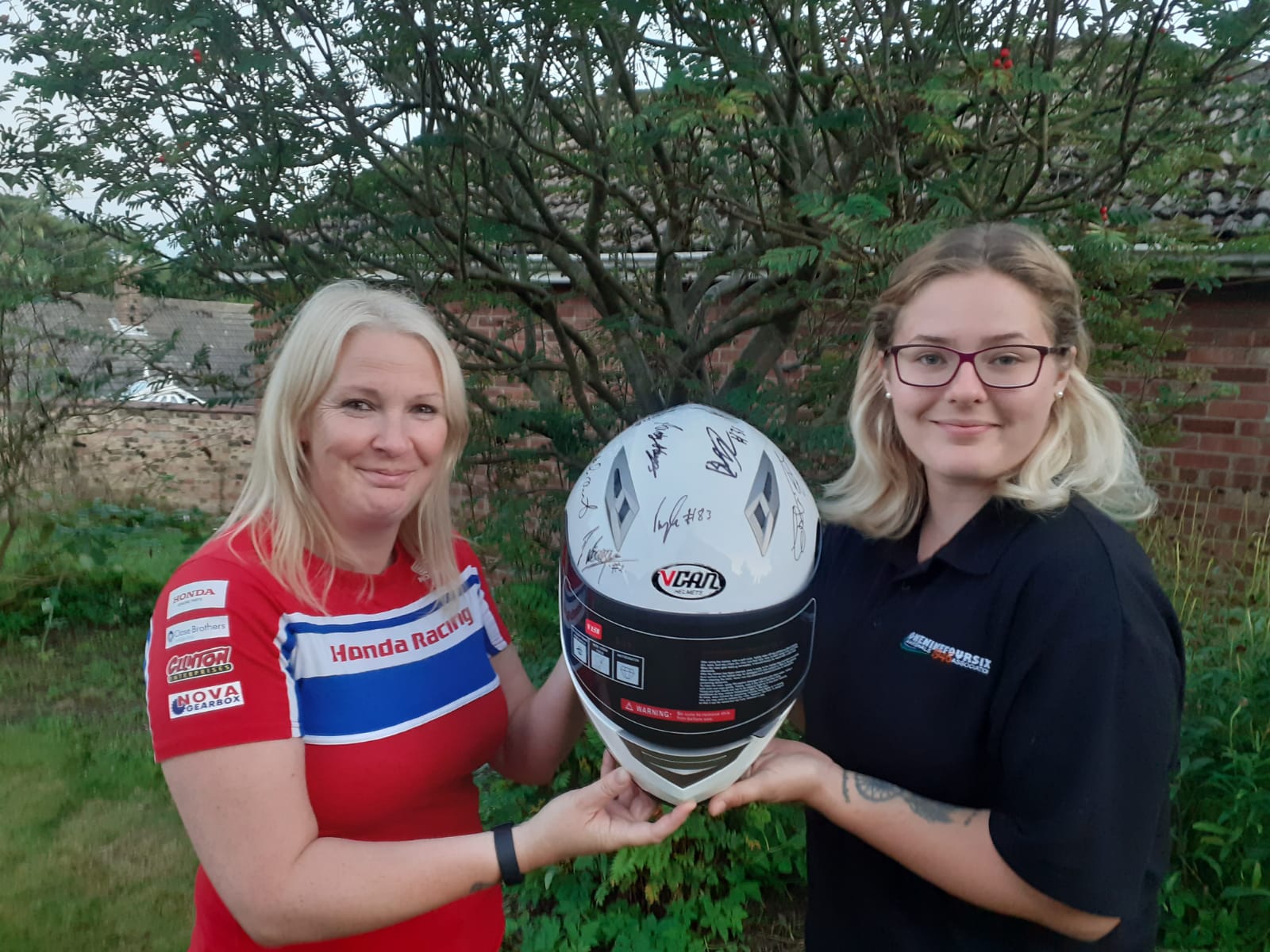 The One Nine Four Six Marshals Association, have recently handed over a helmet filled with famous autographs to help raise money for CRY (Cardiac risk in the young).

Yesterday Sian Meddell and One Nine Four Six Marshals Association Chairman, Shaun Dalton made the trip to Hornsea to hand over the signed helmet to Rich and Donna Fell.

Rich and Donna’s son Josh sadly passed away aged 15 in 2011 from SADS and since they’ve actively raised money for the CRY charity. Josh’s story 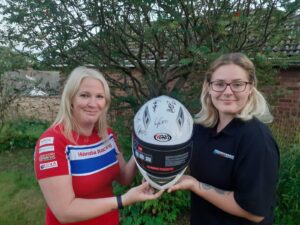 The One Fine Four Six Marshals Association supplied helmet which is hoped to raise more vitally important funds, is signed by former, current racers including the following:

There’s overall 24 signatures on the helmet from racers, all round great pure road racing ambassadors which I’m sure would be an absolute must for any road racing, bike racing enthusiast.