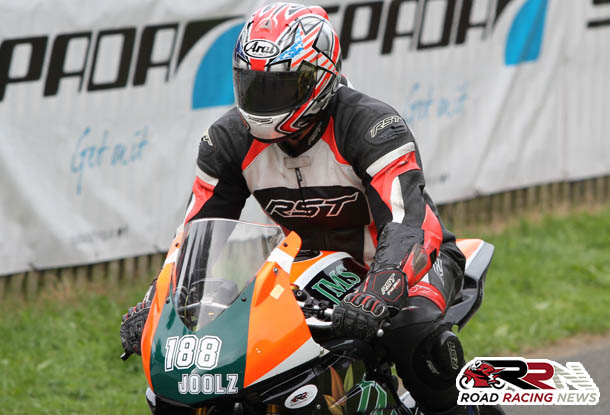 Part of a very select group of racers, to have triumphed in recent years within the prestigious Gold Cup meeting, the talented Bolton based Julian Tillotson is the next racer to take part in Road Racing News, brand new Oliver’s Mount Top 8 series.

2015 Gold Cup class B winner, his answers to the Scarborough themed set of questions are as follows:

“First memory of Oliver’s Mount was actually at our family run motorcycle shop, one of our customers came in for some parts for there race team and started talking about how great the racing was at Oliver’s Mount, and showed me some footage of the racing.

At that point I knew I wanted to race round the legendary Oliver’s Mount circuit.”

“Favourite part about racing at the mount is just how raw the racing is. It’s my favourite place to race, the whole atmosphere is just awesome and the racing is as close as on short circuits, it’s great.”

“Favourite section of Scarborough course has to be Jefferies jumps, it’s awesome.”

“Best moment thus far at Scarborough, it’s either winning the Gold Cup B race from 2015 or coming 3rd in the Super Twins race from the 2016 Cock O’The North Road Races.” 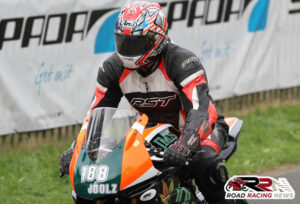 “This has got to be Dean Harrison he is on another level, more than anyone else on the grid, no one can catch him round Oliver’s Mount, that lads something special.”

“To be honest I like racing anything round Oliver’s Mount but I love racing the JMS Super Twin round there, it’s awesome. I’m also looking forward to racing the Ruthless Racing classics bike round there.”

“Every single rider on the grid, they are all great rivals.”