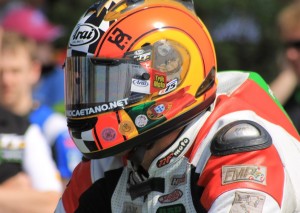 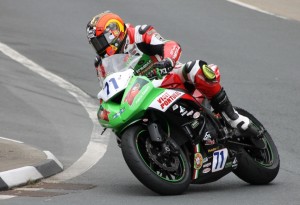 His current personal best TT finish is 33rd position secured in 2013 lightweight TT. Nuno’s career on the mountain course began at the Manx Grand Prix in 2011 as he went onto record 8th place finish in newcomers A race which was backed up by 37th position in senior Manx Grand Prix.

Alongside TT 2014 the popular rider this year has recorded multiple quality results which include top 20 placing in opening supersport at the Ulster Grand Prix plus excellent fourth place finish in Dundrod 150 challenge race.

His final road race action of the year was at the Macau Grand Prix where Nuno achieved 19th place finish. For 2015 he is set to return to the Isle of Man TT for his fifth year of competition on the mountain course whilst returns to the North West 200 and Ulster Grand Prix look highly likely.

Conrad Harrison All Set For TT 2015