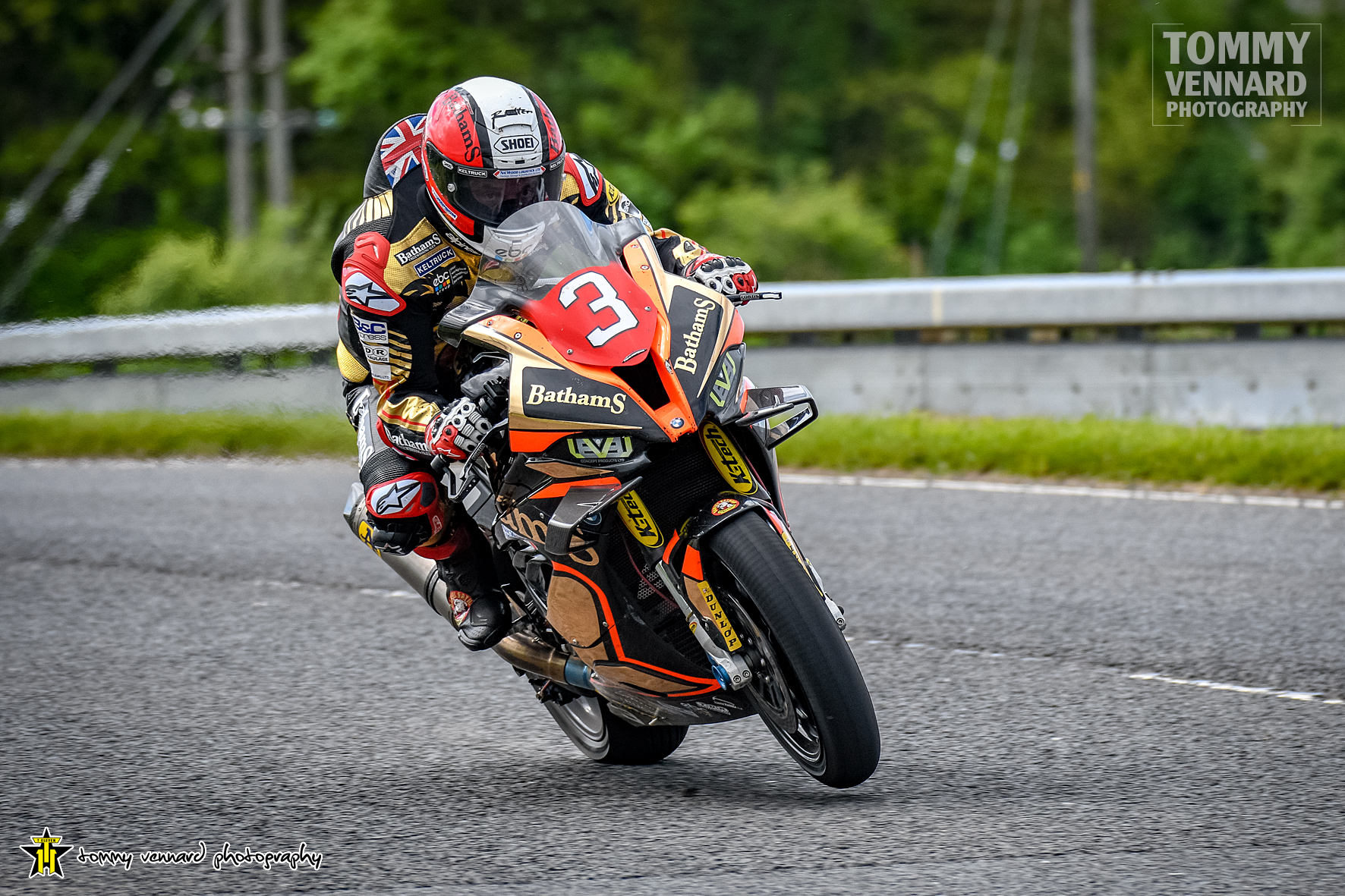 * Ballymoney’s Darryl Tweed was close to not participating in the remainder of this year’s North West 200, following major issues afflicting his own Honda steed.

Fortunately Wilson Craig Racing have stepped in to provide CBR 600RR Honda machinery for Tweed to pilot during the remainder of race week.

* Glenn Irwin admitted via Twitter about Tuesday’s Superbike, Superstock qualifying sessions: “Very very very tough day with some niggles outside of our control on both bikes.”

* Davey Todd admitted he was surprised to finish third fastest from Superbike first qualifying: “I was really surprised to be up there. The bike was over-geared and I was barely using sixth gear, so to be just 0.8 seconds off pole when I wasn’t pushing and was just getting used to the track, is good.”

“I got held up a bit on the last lap but the bike feels good and it is fast. I just need to do more laps so that I can get up to speed and have the trust to out-brake people at these high speeds.”

* Fastest competitors per class through the speed trap on the run-down to University, read as follows: