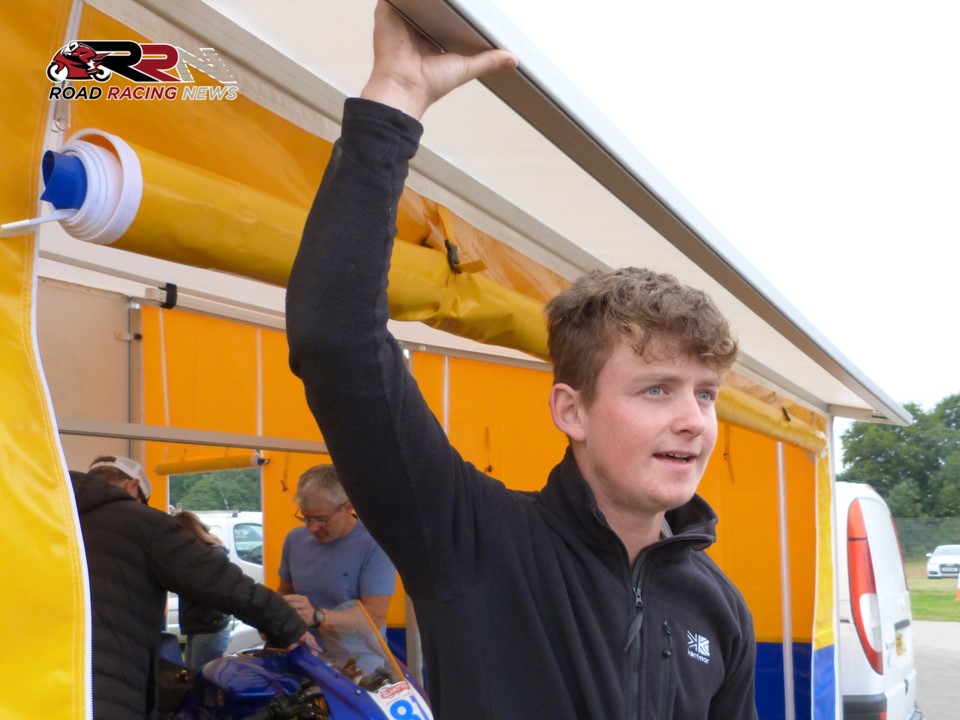 Speaking three days ago about his experience to date in the UK’s top middleweight machinery based series, he stated:

“It’s been good, bit of an eye opener, getting down here, you think your going quick at club level when you come here it opens your eyes but were doing alright.”

Seventh, sixth from the Supersport 600 contests at his local round, I gained his views on what parts of the just over 2 miles long Cadwell course, have a pure road racing vibe to them.

“Going through the woodlands section, gives you that sort of feel, few bumps and that.”

Looking towards the rest of his maiden BSS tenure, Hind is in particular looking forward to returning to Oulton Park.

“I’m looking forward to going back to Oulton, didn’t go bad there last year. You’ve got to be fully committed to it, to string a good lap together, that’s maybe why I like it.”

As previously showcased, more than a dab hand around England’s only active real roads circuit, Oliver’s Mount, he stated that he would definitely return to the Mount in the future.

“Definitely be back at Scarborough, I was going to go to the Gold Cup if it run but obviously it’s not going to go, shame.”

When asked about roads plans for 2022, Hind who will continue to enjoy title support from Bass Tyre Services/NL Components stated:

“Were sort of already thinking about it, doing the North West, TT, Classic, getting stuff in place and then hopefully do a few more short circuits.”

Hind’s next British Supersport expedition, takes place next month at Snetterton with competition getting underway on the 3rd of September.