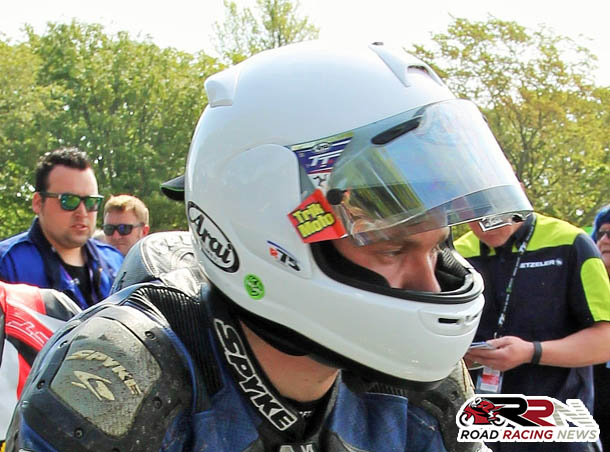 One of Finland’s most acclaimed roads exponents, Tuukka Korhonen who was awarded the Seymour Trophy at the 2013 MGP is next to take part in Road Racing News rising in popularity, Manx GP Top 6 series.

16th, 13th within the 2014, 2015 Lightweight TT encounters, his answers to the Mountain Course themed set of questions are as follows:

“First year was 2011 and I had learned the course so I knew where it went and what it looked like but the first laps in anger was something out of this world.

The speed, bumps and low sun made it totally different and I knew I had no idea what I had got myself into. It was just a blur and I’ve never felt better than after the practice sessions. Honestly I was relieved that the next session was mostly wet and I could take a couple of easy laps.”

“Honda RS250. I raced it in 2012 in the Super Twin race and it was pure bliss. I had geared it a bit too tall but It was really going on downhills.

I also felt really comfortable riding it and I got into quite a good speed before overcooking it at Braddan Bridge that resulted in light collision with the bridge wall. Only damage was bent exhaust and some scratches. But I had to retire.”

“The first year at the Manx as a whole. I’ve never felt so good in my life although the bike kept falling apart and I generally had no idea what I was doing.

And all the people I met and experiences shared with them was something special. I made a lot of friends there who I’d wish to be in contact with more often now when I´m not involved in racing and living on the outskirts of Europe.”

“I can’t say anyone particular. Many of the ones I looked up to moved onto the TT or retired. I have utmost respect for anyone going over and finishing a race.

It does take a lot of commitment. Some of the ones who helped me along had already quit racing and had different roles to play like Mick Charnock. Also Ago Murphy (Kevin) went a long way helping me out.” 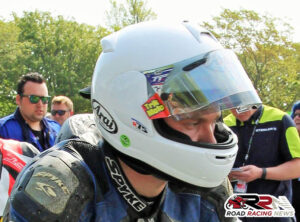 “I’m into Lightweights so the ultimate lightweight would be a 500 two stroke and preferably either a V-twin Honda NSR or the Aprilia RSW500 from late 90’s Moto GP.”