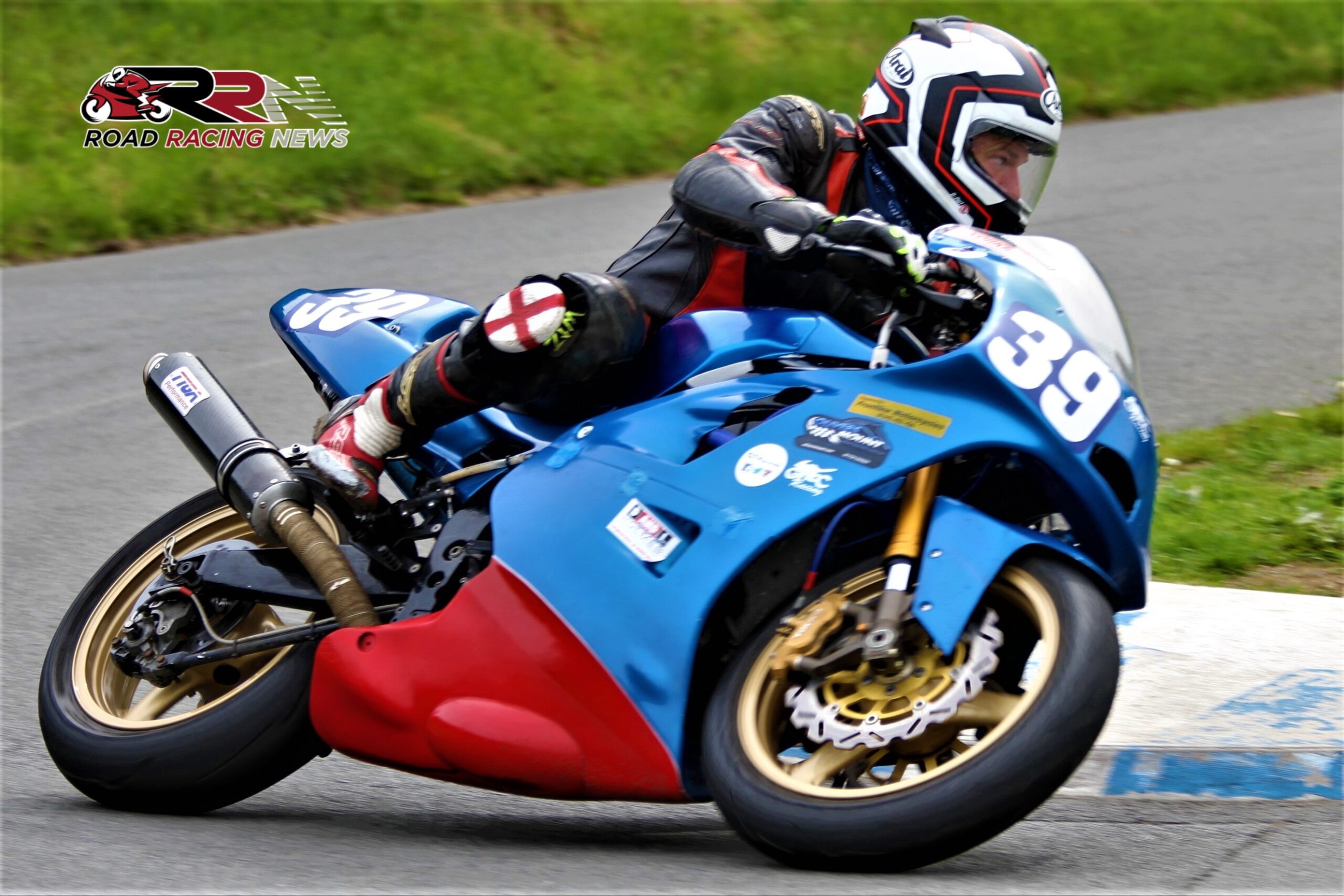 Fourth within the 2012 Newcomers C race, Chris Smith who made an accomplished return to closed roads competition at the Oliver’s Mount Spring Cup, is the 160th racer to take part in Road Racing News Manx GP Top 6 series.

A great supporter of the One Nine Four Six Marshals Association, his answers to the Mountain Course themed set of questions are as follows:

“I turned up with very little knowledge as I’d missed the newcomers days due to work commitments my first thought was what am I doing here but let’s give it a go.”

“I only rode the Kawasaki ZXR400 there but loved the Suzuki XR69 that Michael Dunlop rode that thing came past me like I was going backwards.”

“I loved the Ginger Hall to Ramsay section, was epic and getting the fastest lightweight speed trap speed. Loved Quarry Bends to.”

“David Taylor he was an ambassador for the Manx GP Club, he introduced me to the Manx when he spotted me at Cadwell Park.”

“Would love to take a Ducati F1R around there.”