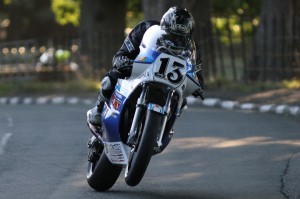 The 2013 TT privateers champion is also in action in 350 classic TT on Tuesday competing on black eagle racing 350 MV Agusta. After classic TT races Lee is set to compete at Scarborough gold cup at Oliver’s Mount where he will be aiming for his first podium finish in feature gold cup race on East Coast racing CBR 1000 Honda Fireblade.

Lee is also competing at Macau Grand Prix where last year he secured a highly creditable 9th place finish. Having had a highly successful season with North West 200 and Dundrod 150 super twin victories a debut podium finish on the mountain course could happen on Tuesday.