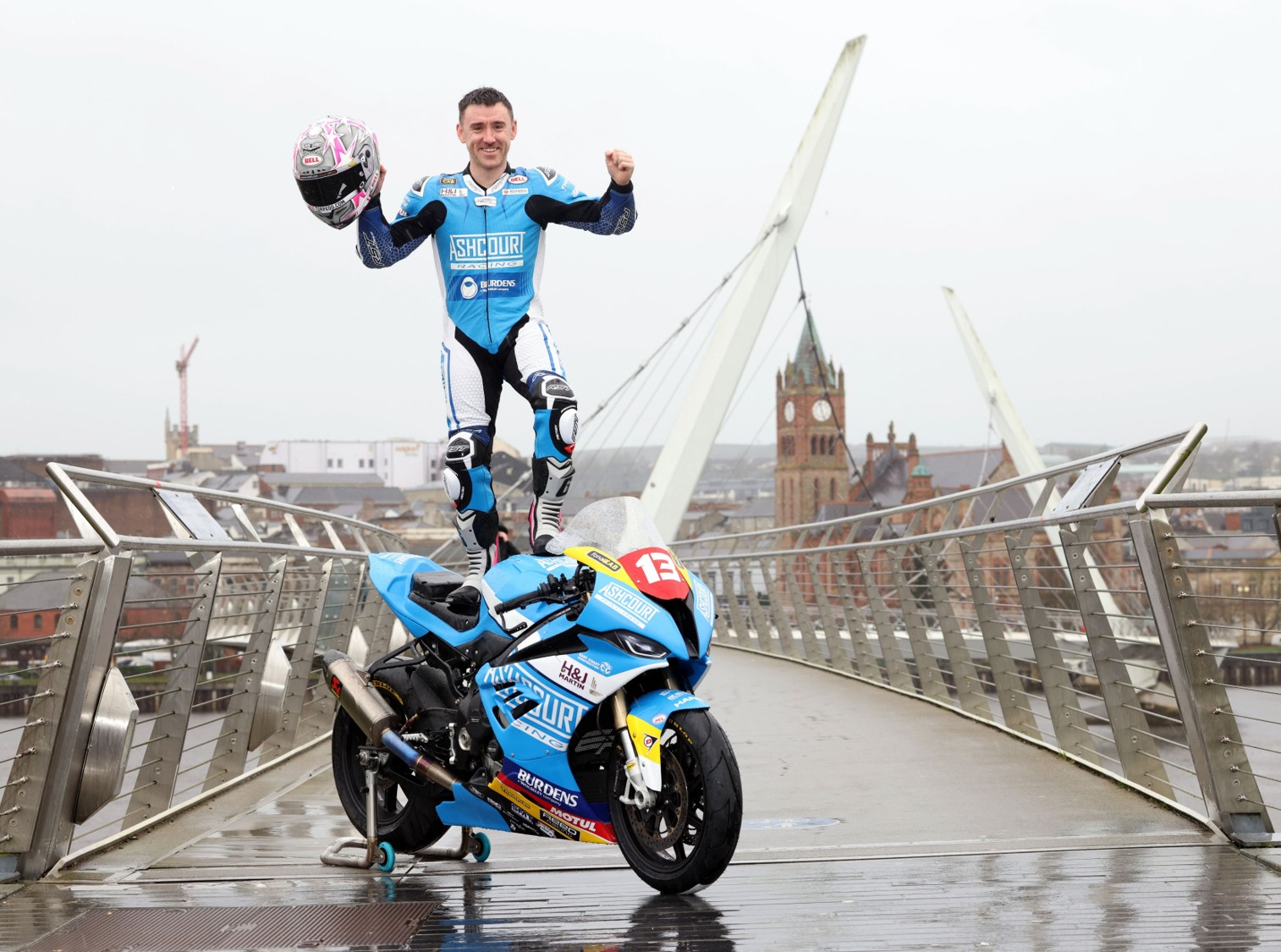 Ashcourt Racing’s has his sights firmly set on success at the FonaCAB/Nicholl Oils North West 200, as he aims to enjoy a prodigious return to action around the illustrious Triangle course.

Third in the final 2021 British Supersport Championship standings, Johnston feels he is racing at a better level now than he was during past seasons.

“The last time I rode a full season in Britain was in 2010 but I felt comfortable in those surroundings again. In fact, I think I am riding better now than I have been during the last four or five years.”

Looking ahead to this year’s NW200, he stated his opinion on whether the increased track time he’s had over recent years, will give him an edge on many of his respected rivals.

“I don’t think it will because all of the other main people, like Peter Hickman and Dean Harrison, are racing in the British championships too.

I don’t think it will make much difference that we haven’t been racing at the North West for the past two years either. If the weather is good on Thursday and Saturday then lap records will be broken because the people racing at the front will be fired up and want to win.”

“When I was ill last year we sat down and talked about concentrating on the smaller bikes.

Why bang my head against the wall if I wasn’t going to be strong enough to ride the big bikes?

Thankfully I am feeling a lot better now but I still think that if I put in the work on the smaller bikes there is a chance to win. We will be making a serious effort to do that.”

Set to race this season on the roads, BMW, Yamaha, newly acquired RS660 Aprilia machinery, Johnston additionally stated that whilst he enjoys British Supersport action, the roads scene is his main focus:

“That is where my heart is, winning North Wests and TTs. That will always top winning British Supersport races.

No-one will remember those races but they will remember the NW and TT wins. They are more prestigious in my eyes although that doesn’t mean I’ll not be trying as hard as ever in the British championship.”

Another timely reminder, the jointly titled sponsored FonaCAB/Nicholl Oils North West 200 runs from the 8th-14th of May, not long to wait now!