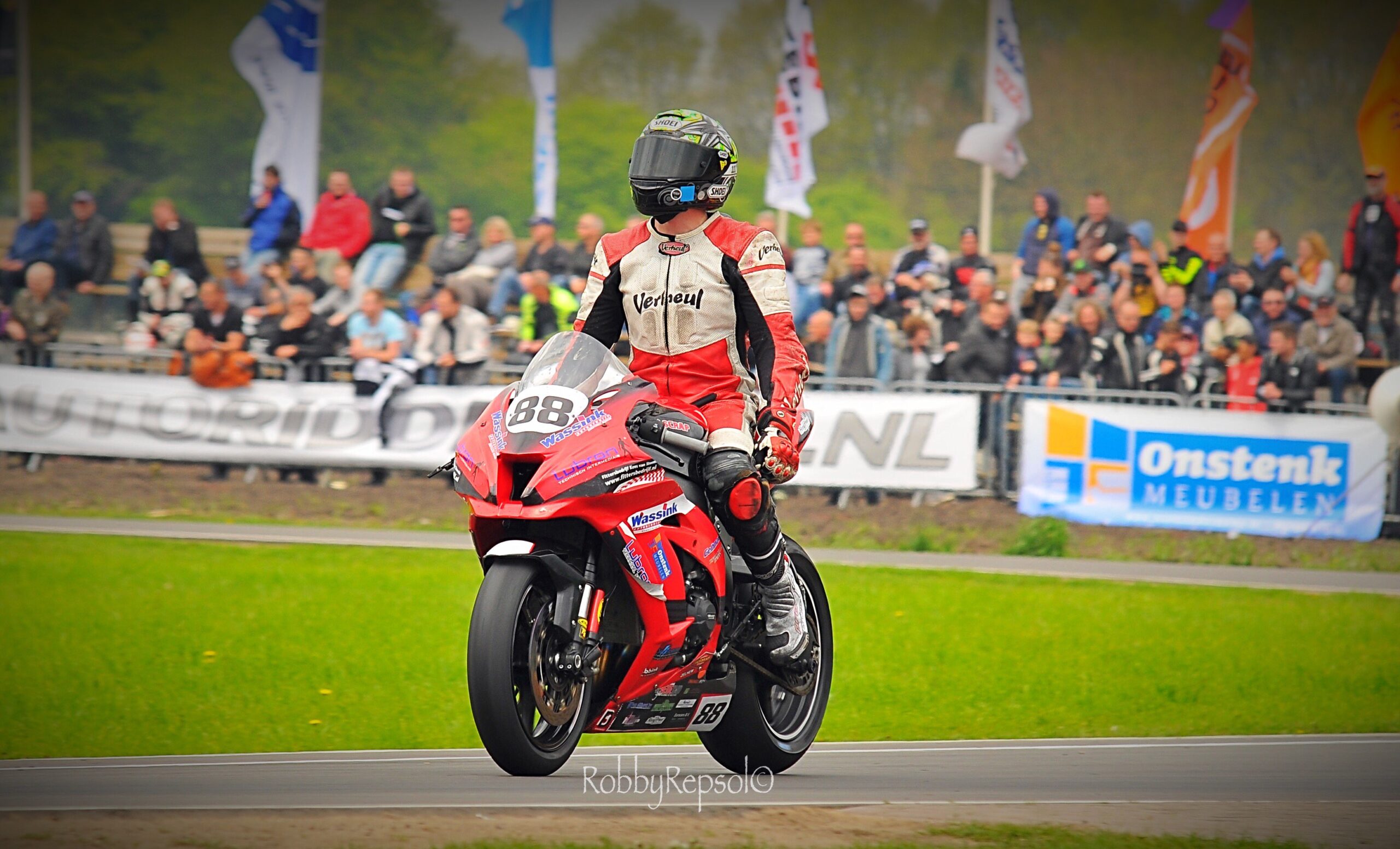 Jochem Van Den Hoek made a race winning start to his 2017 roads campaign at Hengelo, following a first ever victory on the roads, via success in the opening BeNeCup Superbike race.

The Performance Racing Achterhoek rider, also went onto secure an excellent third place finish, in the first of the two IRRC Superbike races. 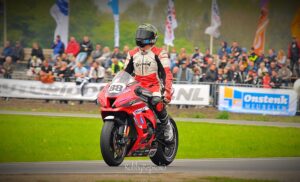 Second IRRC Superbike encounter of the meeting, saw misfortune strike Jochem, who was involved in a first lap incident.

Now making the trip over to the North West 200, for his maiden appearance around the famous coast roads, Jochem stated via his Facebook page, his thoughts on the weekend’s competition at Hengelo.

“What an incredible day yesterday! After many years we have worked as hard as I did yesterday, finally my first podium in the IRRC achieved.

Then even the BeNeCup Superbike race I can win! I could with the new Kawasaki of Performance Racing Achterhoek, lapping almost three seconds faster than last year.

Unfortunately the beautiful day came to an abrupt end because I crashed at the start of the second IRRC Superbike race. Because I had a concussion, I got a ground stop for the rest of the day.”

IRRC Hengelo – Supersport Round Up