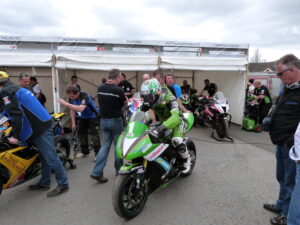 Having won the lightweight TT in 2013 James is firmly established as one of the leading road racers in the world. This year could well see James record a first North West 200 victory.

AJ Venter Planning To Return To Isle of Man TT