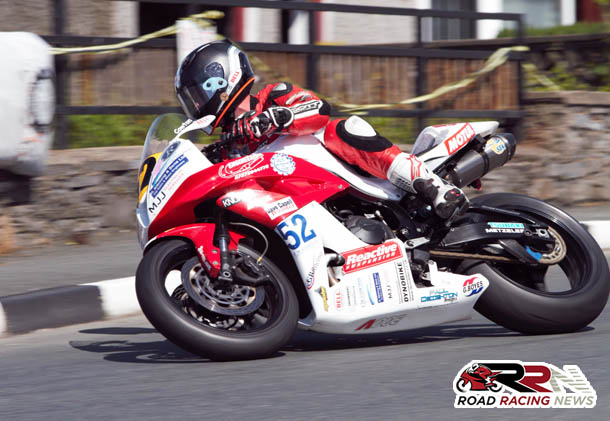 James Cowton enjoyed a superb week of competition at the 2015 Southern 100.

Supersport 600 race 1 would prove to be a quite dramatic race, James piloting his own teams Honda was in the battle for race lead throughout, with two laps remaining the fourth place finisher in this years lightweight TT slipped off at Castletown Corner.

Despite this happening, James showed during the race excellent speed and pace, as he went into second supersport 600 race confident of again pushing for podium placing. 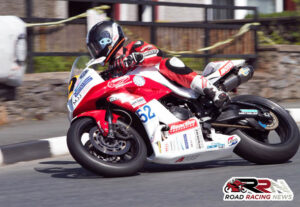 Final two races of the meeting for the established world class pure road racer, where the 600/1000 and solo championship races.

Blue riband race was next on the horizon, the solo championship. 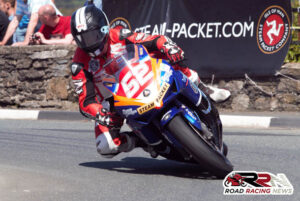 James produced a very impressive display as he finished a superb fifth, overall the rider regarded by many as a TT winner in the making was one of the undoubted stars of the 2015 Southern 100.

2014 Ulster Grand Prix 250 race winner is back in action this weekend, at the popular Cock Of The North Road Races at Oliver’s Mount.