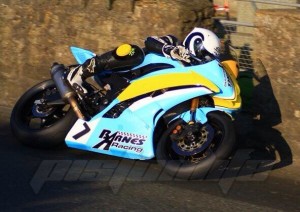 James Coward is looking forward to this years Ian Watson spring cup road races. James who was third place finisher in an exciting second supersport race at the 2012 Southern 100 is competing in the superbike races at the spring cup on Horizon Distribution CBR 1000 Honda Fireblade whilst for the supersport races James is Yamaha mounted competing for Barnes racing. 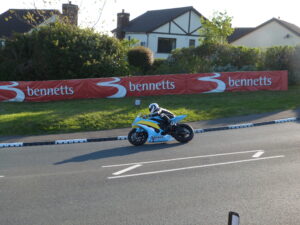 Its set to be a top year of racing for the rising road racing star who is also competing this year at Tandragee 100 and is back at the North West 200. For TT 2014 James has a series of top start numbers which are 43 for superbike, superstock and senior TT races, 23 for the supersport races and 25 for the lightweight TT.

In recent years James Coward has proved himself to be one of the fastest rising stars in road racing and for 2014 he looks set to continue his rapid progress at the North West 200, Ulster Grand Prix and Isle of Man TT and be in the mix for top results at Oliver’s Mount this year.