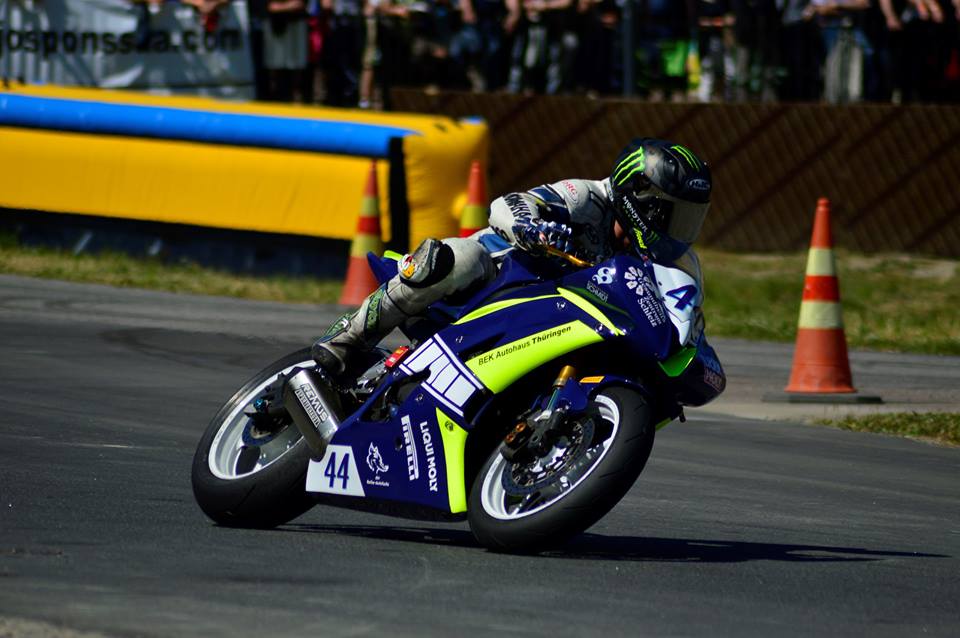 Making up for the disappointment of just missing out on class honours this morning, Team Schleizer Dreieck’s Thomas Walther proved unbeatable in the second ten lap IRRC Supersport encounter, at a sun drenched Horice.

Victorious to the tune of plus 14 seconds, consistent series front runner Walther became just the fourth racer this season to claim a middleweight class success within the IRRC scene. 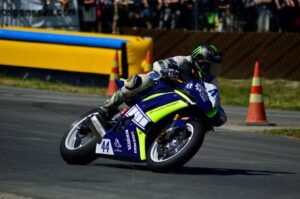 Race runner up Matthieu Lagrive was more than happy to bank 20 all important championship points, which makes him now officially the new IRRC Supersport series champion.

A truly fantastic achievement for the amiable Frenchman, who becomes the first French racer to claim an IRRC series title.

Nearest title challenger Laurent Hoffmann was just over 2.2 seconds behind Lagrive in concluding this afternoon’s podium finishers, whilst fourth placed Jochen Rotter in turn was under a tenth of a second behind Hoffmann.