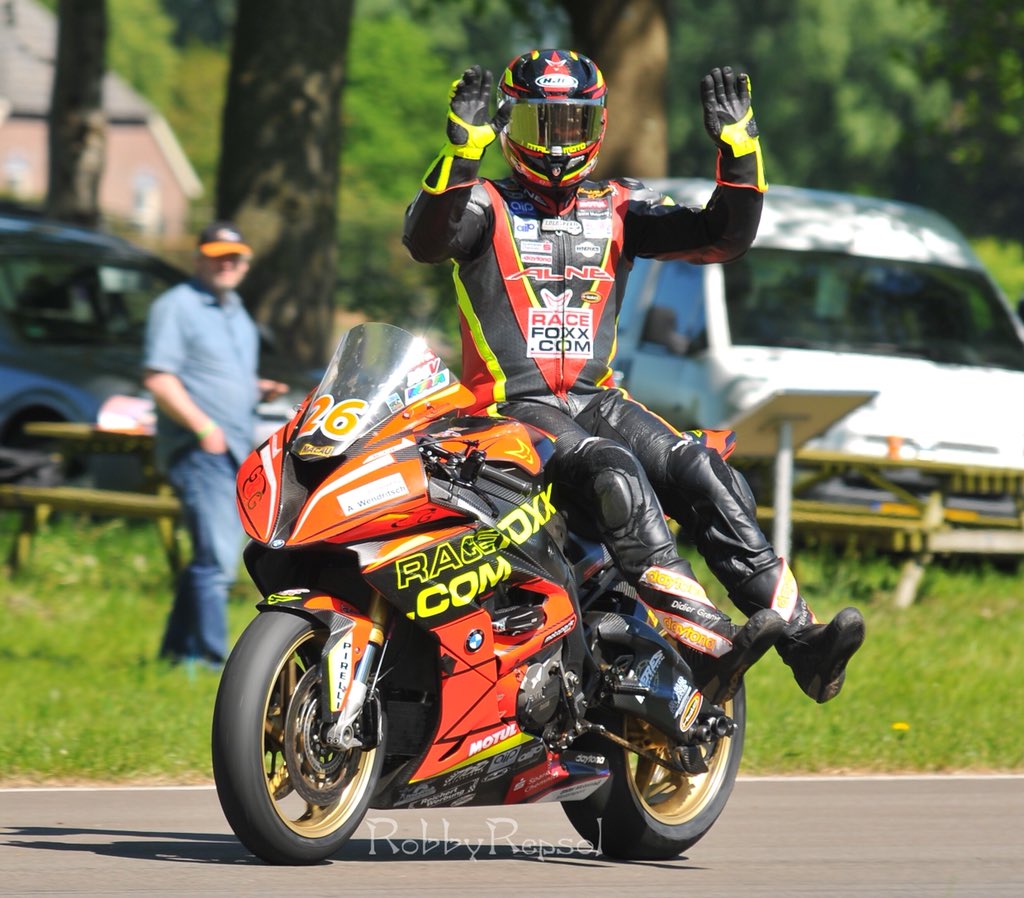 Didier Grams concluded the 2021 IRRC series in victorious fashion, as the foremost German road racer of his generation powered to Superbike race 2 spoils at Frohburg.

In command throughout the ten lap race, Grams was the only racer lapping sub 1.35 seconds and such was his authority that his eventual race winning advantage stood at almost nine seconds.

Whilst Grams showed metronomic pace on route to a 45th IRRC victory, the race for second wasn’t as clear cut.

David Datzer, Marek Cerveny were previous occupiers of second position before lap five saw twice IRRC Supersport Champion Laurent Hoffmann slot into 2nd which he held onto for the remaining race proceedings, having held off the resilient attentions of Virgil Amber Bloemhard.

There was 28 finishers overall with note worthy performances outside the top 10, arising from the likes of Eddy Ferre (11th), Tomas Toth (12th) and Never Be Clever Racing’s Mark Purslow (15th).