The Ian Bell motorcycles team have had a fantastic road racing season in 2013. Ian Bell and Carl Bell have achieved many a top result this season including winning races at the Ian Watson spring cup road races, Cock of the north road races and at the Scarborough gold cup at Oliver’s Mount.

Alongside these results Ian and Carl achieved a brilliant third place finish in the feature sidecar race at this years Southern 100.

Dean Harrison has this season being competing on the Ian Bell motorcycles R6 Yamaha in the supersport races. Dean at the Ian Watson spring cup road races achieved two second place finishes in both supersport races. Since then Dean has gone onto many a incredible result on the teams R6 Yamaha.

But it was at the Southern 100 where Dean produced one of his best rides of the season which was winning the opening supersport race. At the cock of the north road races Dean broke the supersport lap record around Oliver’s Mount in winning both supersport races.

Scott “Splinty” Campbell also had a good cock of the north road races which included achieving a fine 6th place finish in the second superbike race. 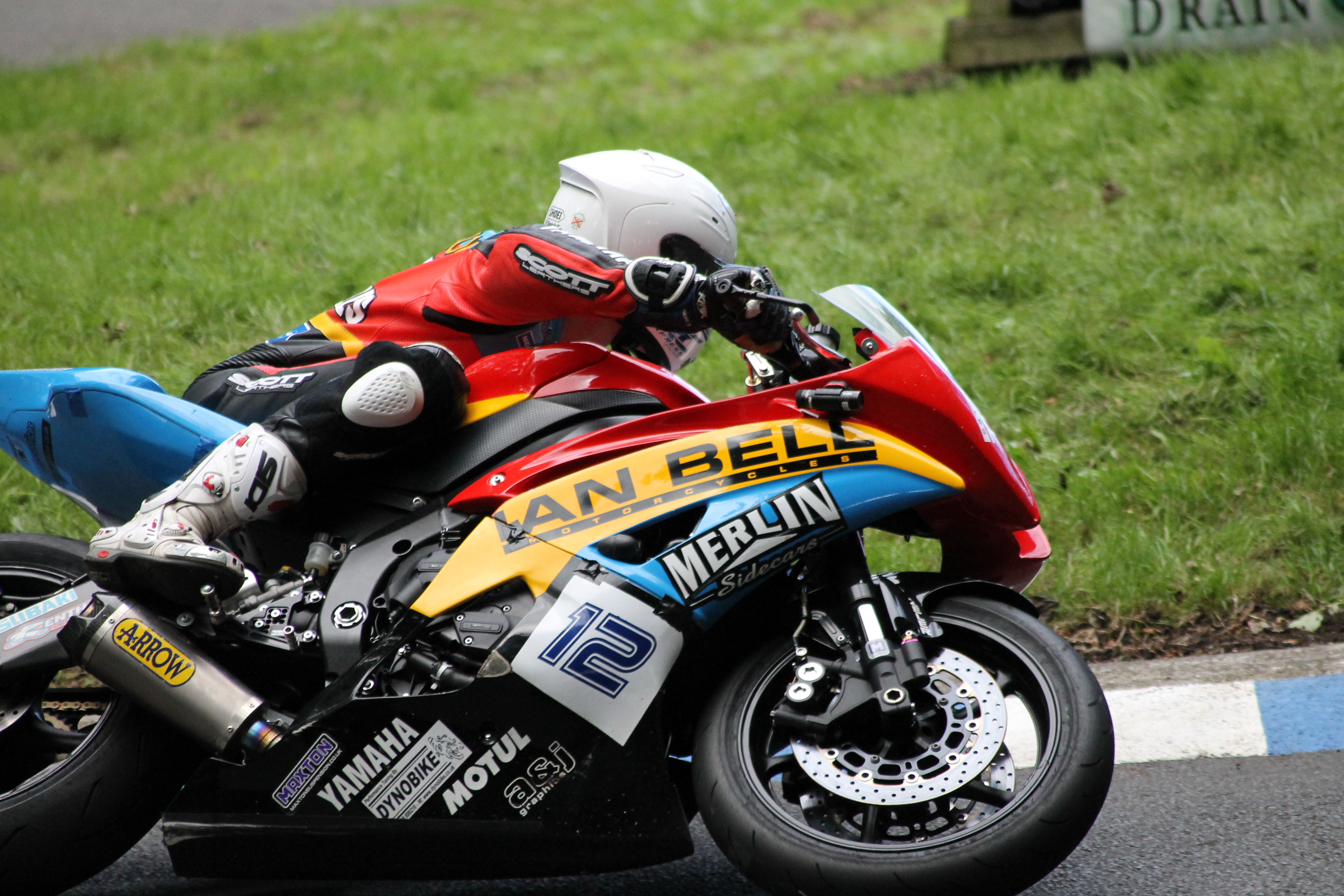 This years Scarborough gold cup saw Dean Harrison win the second David Jefferies cup supersport race of the meeting. Theres no doubt that this season has being a quite brilliant one for the Ian Bell motorcycles team, looking to next year Dean Harrison is set to compete on the teams R6 Yamaha in the supersport races.