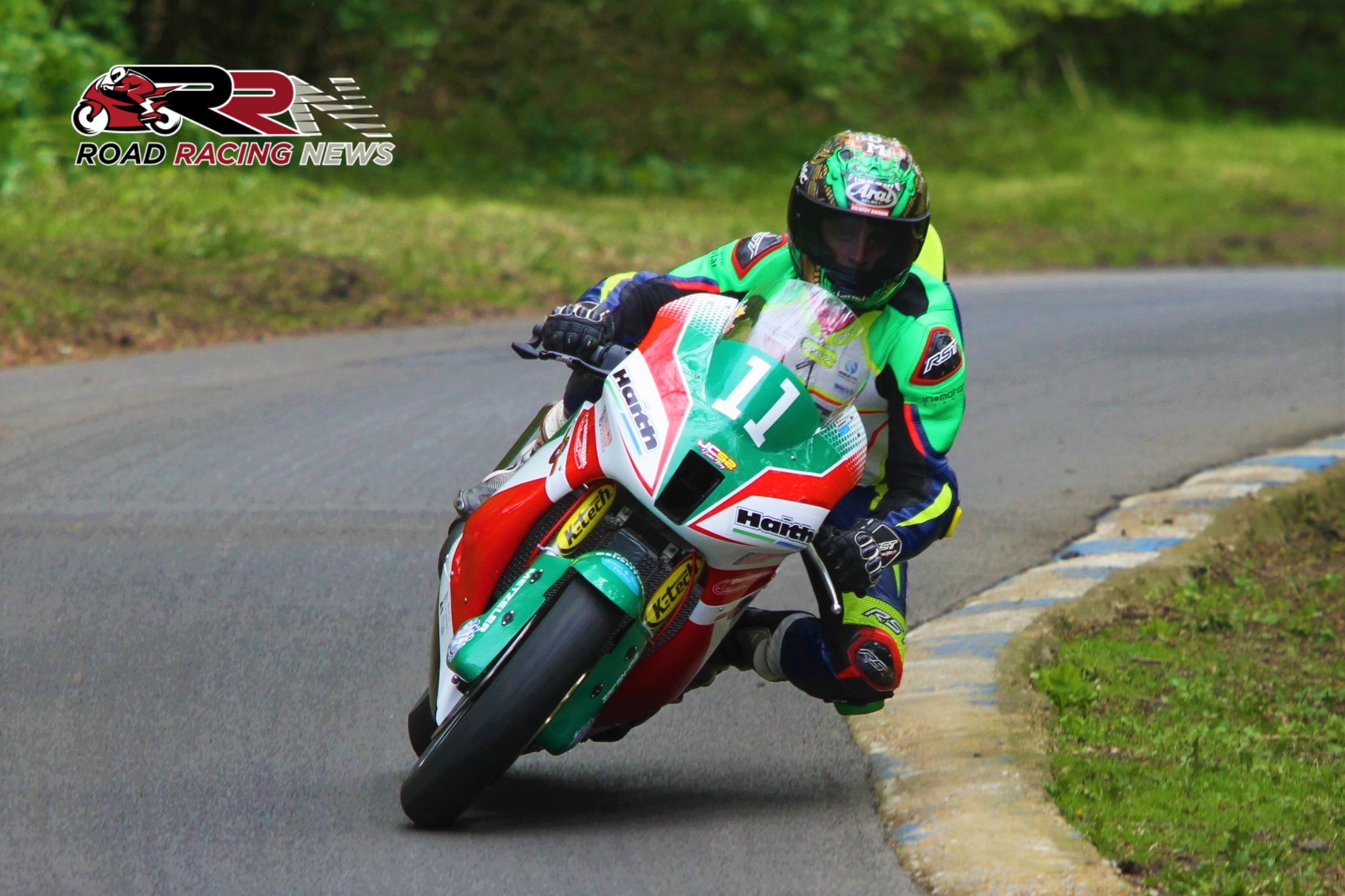 The Burrows Engineering/Richardson Kelly Racing team have announced that Dominic Herbertson, Michal Dokoupil will compete under their banner at this weekend’s Around A Pound Tandragee 100.

With main roads rider Michael Browne ruled out due to ankle injuries, sustained from a first-lap incident in the Open (A) race at Cookstown, the BE Racing/RK Racing outfit have acted quickly to ensure a strong presence at Tandragee.

“Obviously this a less than ideal situation at the very start of the season. I am gutted for Mike to have the accident, after three years in the team he has become more like family than just a rider.

After speaking to him and Charlotte from RK Racing along with our other sponsors this week, we have made the decision to run the team until Mike is fit again with his approval.

I am still hopeful that he can return for TT and that is what we are working towards. I chose Dominic to stand in on the 600 because I wanted someone with experience and although he hasn’t much experience around Tandragee he is a very established and experienced road racer.

With Michal Dokoupil, I had actually spoken to him in 2011 about the possibility of running him then and although nothing came of it, we have remained friends since.

He is small and has experience on a Moto 3 so he was the ideal choice to stand in for Mike at Tandragee.”

“When John rang me at the start of the week to offer me his Yamaha R6 machine I didn’t take long to agree.

Obviously, it is not under the circumstances anyone would have liked it to be however John is a massive part of Irish Road Racing and I will be glad to help him out to keep the team in the paddock.

I have only done the Tandragee one time before but I know with John’s experience and knowledge with bikes I can just jump on his R6 and concentrate on the circuit.

It is a good opportunity for more track time alongside my own Superbike and Classic machines which I will be riding this weekend. I just want to say best wishes to Mike on his recovery.”

“I raced with John himself for many years, so when he contacted me to ride his Moto 3 on Monday evening I was very grateful he thought of me.

I love riding the little Moto 3 machines as they suit my size and I have ridden one at the Ulster Grand Prix in the past. I cannot wait to get on the bike on Friday now.

Obviously, my best wishes are with Mike for his recovery after his crash last weekend.”