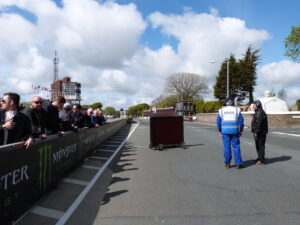 A group of talented riders are looking forward to making their Manx Grand Prix debuts this year. They include Craig Neve who is competing in this years British supersport championship and Spanish superbike championship, Craig long term is targeting a Isle of Man TT win which is his main ambition in racing.

Martial Mourra is a well respected rider from France who has competed in the world endurance championship, Martial is looking forward to making his Manx Grand Prix debut this year. Fellow Frenchman Julien Toniutti is another rider who has a good amount of racing whilst Malachi Mitchell Thomas is a up and coming rider who is competing in this years British superstock 600 championship, Malachi will be one to watch in the newcomers A race.

Matthew Rees rode superbly at last years Abedare park road races recording a brilliant 4th place finish in the Welsh open race, following on from this Matthew has decided to make his Manx Grand Prix debut. Mark Lister, Sam West, Sam Johnson, Charles Rhys Hardisty all have the pedigree to do well in their first year competing at the Manx Grand Prix which for this year is attracting a superb all round entry list.