David Hewson Set To Be Aprilia Mounted In 2015 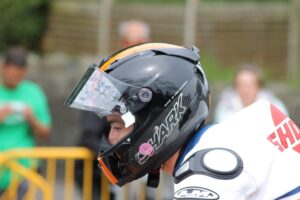 David Hewson is set to be Aprilia mounted in 2015. In 2014 the popular road racer enjoyed a consistent years race action which included series of highly creditable results secured at TT 2014.

37th position was secured in the 2014 Pokerstars senior TT whilst another highlight of this season for the fifth place finisher in 2013 Steve Henshaw international gold cup was seventh position in grand final at Tandragee 100. 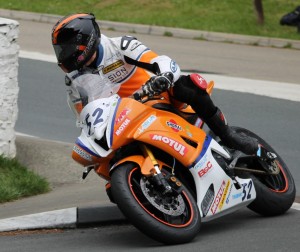 Around Oliver’s Mount where David made his debut in 2007 at the Scarborough gold cup he produced many a highly accomplished performance this year which included seventh place finish in feature race at cock of the north road races.

Looking to 2015 he is all set to compete on Obsession engineering backed RSV4 Aprilia and R6 Yamaha. TT 2015 is without a doubt one of the main highlights for him next year which is also set to him return to Oliver’s Mount and Ulster Grand Prix whilst the potential is there to be back at the classic TT races. 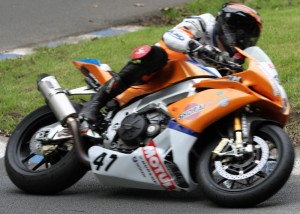 The rider who’s personal best TT finish is 21st in 2010 senior TT is aiming to compete in 350 and 500 classic TT races and is on the lookout for competitive machinery for both races.

In all next season is looking like been an exciting one in prospect for David who is greatly looking forward to competing for second season in succession on RSV4 Aprilia which he has dubbed as project awesome.

Tim Reeves And Patrick Farrance Team Up For TT 2015