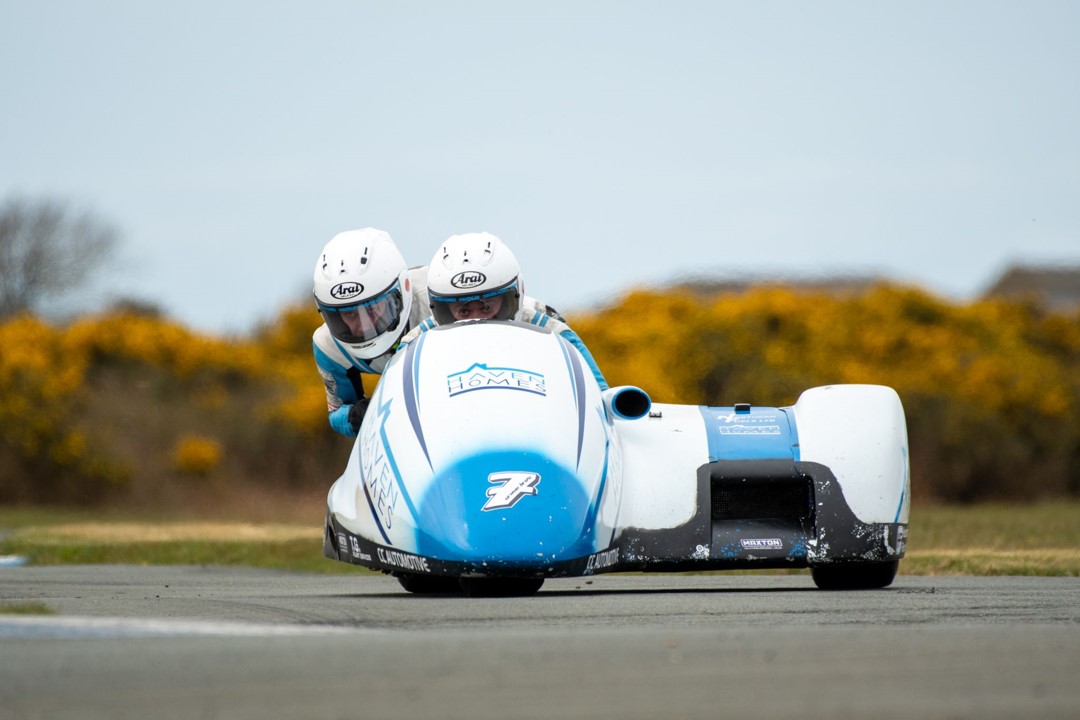 Post BMCRC-MRO Championships action at Silverstone, the Crowe brothers Ryan & Callum ventured back home to the Isle of Man for their latest racing adventure, which saw them sample the season opening Jurby Airfield meeting.

The second Sidecars encounter would see the Crowe’s even more untouchable. Nigh-on 31 seconds ahead of the chasing pack, on route to a second successive victory, they set a storming best lap time of 1 minute 07.684 seconds.

This is officially the fastest ever three wheeling lap time around the Jurby Airfield circuit, in anti-clockwise configuration.

No strangers to achieving in recent times landmark feats, there is no question in my mind that they are potential future TT front runners.

No.7 plate holders for this year’s Sidecar TT race stints, who’s to say that in the near future they won’t emulate their illustrious father Nick Crowe, in becoming podium finishers at the world’s most famous road race.