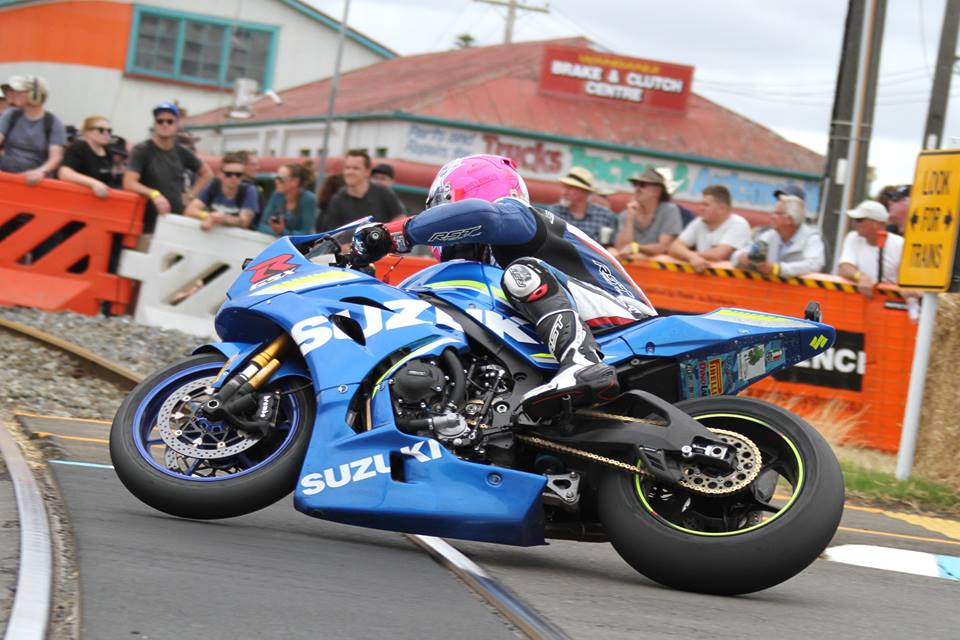 In particular out of the two high profile event newcomers, it was six times international road race winner Johnston who looked it’s fair to say more at home around the tight and twisty Cemetery Circuit.

After a brace of tenth place finishes in the F1 Superbike races, the Robert Holden Memorial Feature race yielded a very creditable sixth place finish for the Fermanagh racer who will compete alongside Ian Hutchinson within the works Honda fold at the international road races in 2018. 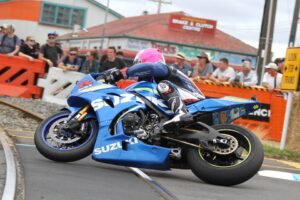 Looking back on his time at the Wanganui based meeting which saw him part of the impressive Suzuki New Zealand outfit, the happy go lucky racer stated:

“I really enjoyed it. The first race was tough as we only had five wet laps and five dry laps in practice then straight into a race, so you can’t get a rhythm because you don’t know where you’re going.

It is so technical here, I misjudged it a bit thinking it was only a short lap so it can’t be too hard to learn, but there’s so many bumps and dips, curbs, manholes and white lines, especially in the wet. But the second and third race I actually enjoyed it, I was feeling good.

I’ve absolutely loved it, the country, and the racing as well so I’d recommend it to anyone who wants to come for the future, it’s definitely an awesome place.”

Confirmed to remain a part of the iconic Padgetts Racing set up for next season, the ex Ulster GP lap record holder when reflecting on Monday’s competition at the Cemetery Circuit said:

I had a great time and a big part of that is the people, a big thanks to the organisers and Tony Rees and his team!.”