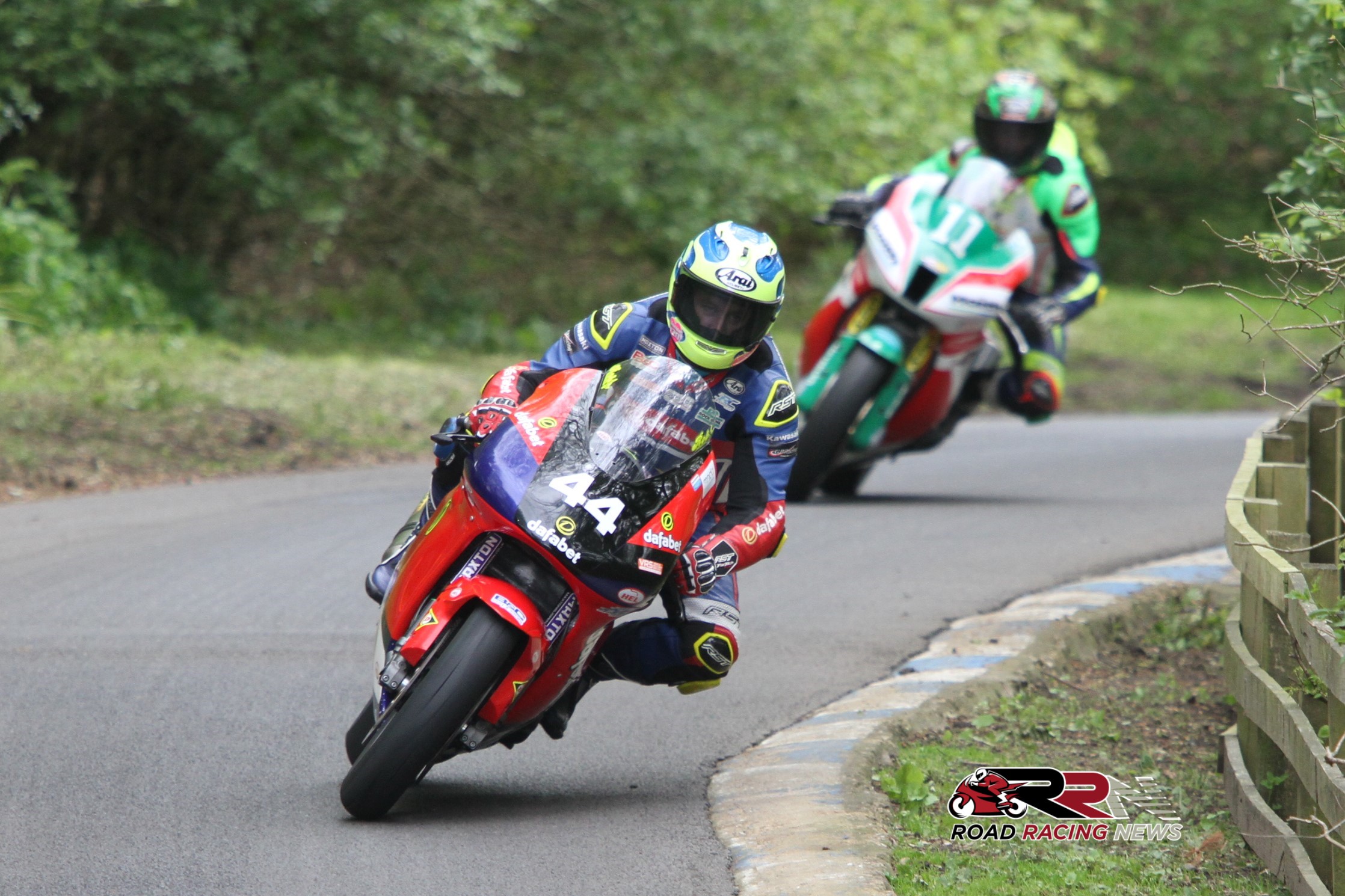 Didier Grams remains comfortably at the helm of the all time IRRC race winners list, with 45 victories to date.

Worth noting as well that 64 racers overall took part in the five lap Supersport races, showcasing the improving popularity of racing at one of the world’s most unique, prestigious road races Oliver’s Mount, Scarborough.

The quality of competition at the 100th KDM Hire Cookstown 100 was showcased by no less than 40 racers lapping sub 1 minute 36 seconds.

If you want to further increase your knowledge about pure road racing, find out about a specific fact on your favourite racer, team or manufacturer why not check out the Road Racing News Facts book, you won’t be disappointed!