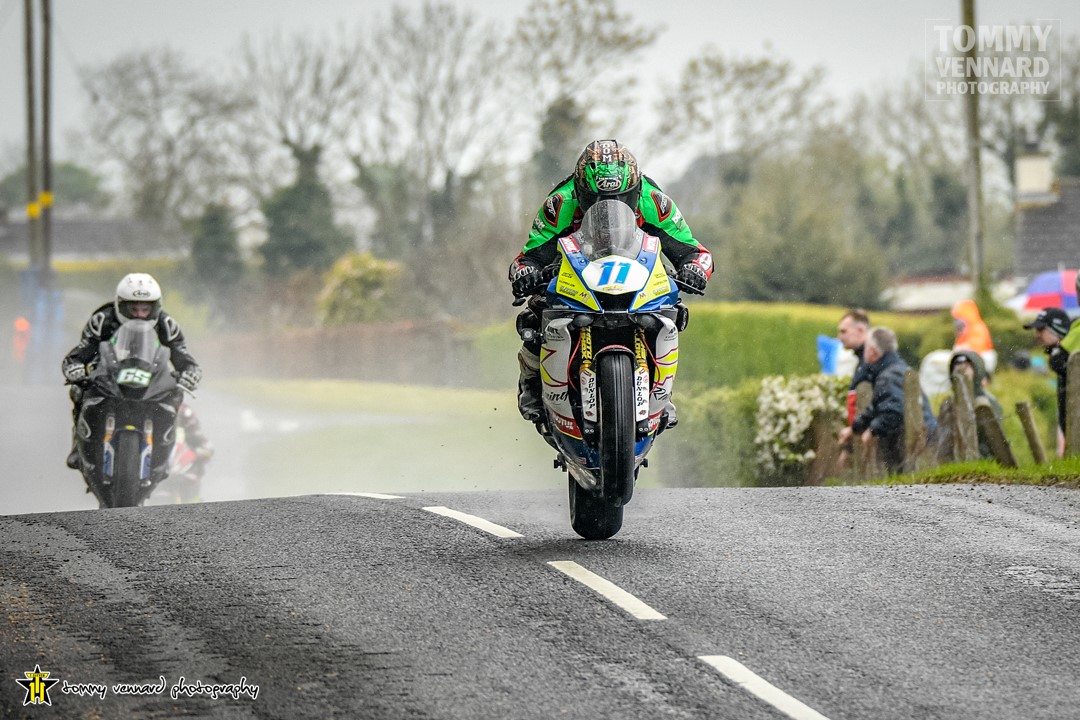 Despite the tricky, wet conditions all-round, the Rapid International Tandragee 100 Supersport race did not fail to provide excitement in abundance.

Pole-sitter Michael Sweeney edged in front of Dominic Herbertson at the start and by the finalisation of lap one, was just over a tenth of a second clear.

It was all change though on lap two as Herbertson aboard the BE Racing/RK Racing Yamaha grabbed the lead.

Only 1.85 seconds covered the top three at the end of lap three as Michal ‘Indi’ Dokoupil kept close proximity.

Then red flags not for the first time today, arose around the Tandragee course. 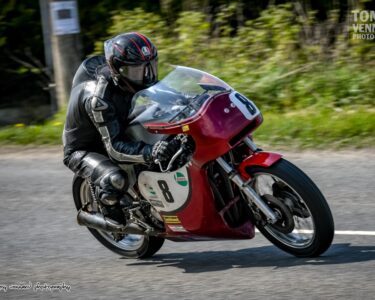