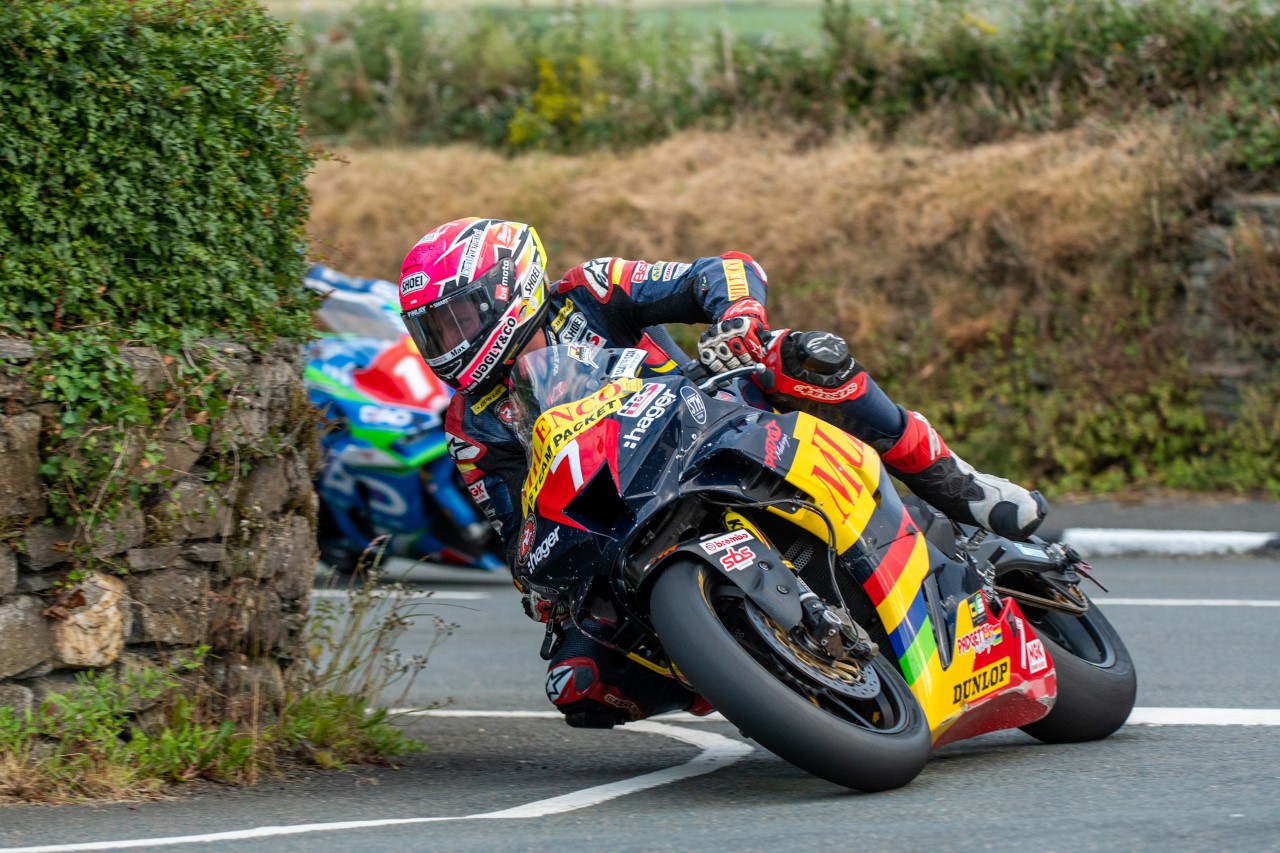 Following a 50 minute plus delay, due to an incident during Sidecar qualifying, racing got underway at the ‘Friendly Races’ but not with the scheduled opening Super Twins race.

At 8:39 PM racing commenced and No.1 plate holder Dean Harrison, made a powerful start, surging into the race lead, ahead of Nathan Harrison and Davey Todd.

Just 0.790 separated Harrison and Todd, with both lapping over 114.5 mph, as lap three beckoned.

There was still nothing in it across lap three between DAO Racing’s Harrison and Milenco by Padgetts Todd.

This enabled him to creep further up on Harrison (Dean), moving only 0.58 in arrears.

Illustrating why many predicted great things from him this week, Todd hit the front on lap four, overhauling Harrison, who would soon encounter machine problems.

By the completion of lap five, Todd held a huge 12.517 seconds advantage over new second place holder Dunlop, who was elevated into second with Harrison forced to retire.