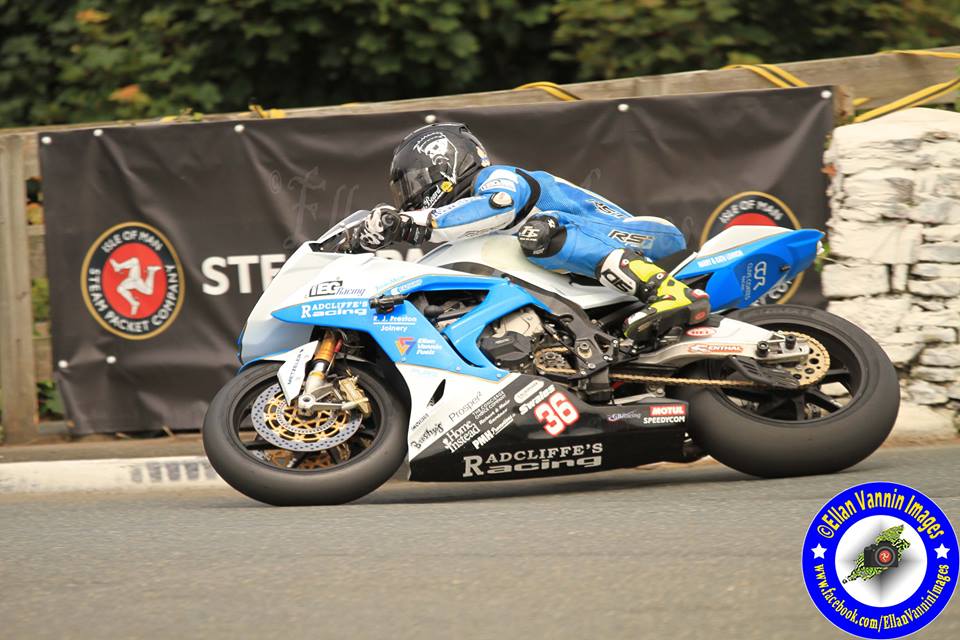 Radcliffe’s Racing’s Jamie Coward continued the rising momentum surging through his 2017 roads campaign, via series of impressive performances at the Southern 100.

Right in the mix for premier grid positions following the practice/qualifying sessions, race week at Billown began with fourth place in the Corlett’s Trophies 600/1000 race, firmly mixing it with the likes of Michael Dunlop, Dean Harrison and Dan Kneen.

A splendid third place within the opening Senior encounter followed, whilst two fourth place finishes where acquired in the feature Supersport races. 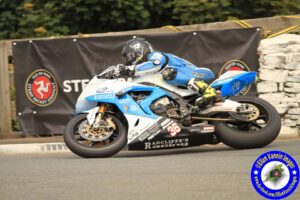 The Castletown based Radcliffe’s Racing outfit, where delighted with Jamie’s performances aboard the teams CBR 600RR Honda and S1000RR BMW, plus the pace he showcased against ‘World Class’ opposition.

Prior to this season, it’s fair to say Jamie Coward was perhaps underestimated by some, within the pure road racing fraternity.

This assumption, has well and truly passed now, with more and more fans, roads aficionado’s catching onto the obvious talent, determination and ambition that the Hebden Bridge based rider has. 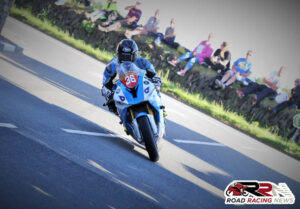 He’s back in road racing action next weekend, at the Barry Sheene Road Race Festival Powered by Suzuki at Oliver’s Mount, as he targets another collection of top draw results.

Looking further ahead, remaining meeting’s on Jamie’s 2017 race schedule, are the world’s fastest road race, the Ulster Grand Prix, the Classic TT which includes linking up again with Mistral Racing, plus the prestigious Gold Cup meeting at Scarborough.